Enter the Dutch Horticultural Entrepreneur of the Year Awards 2023 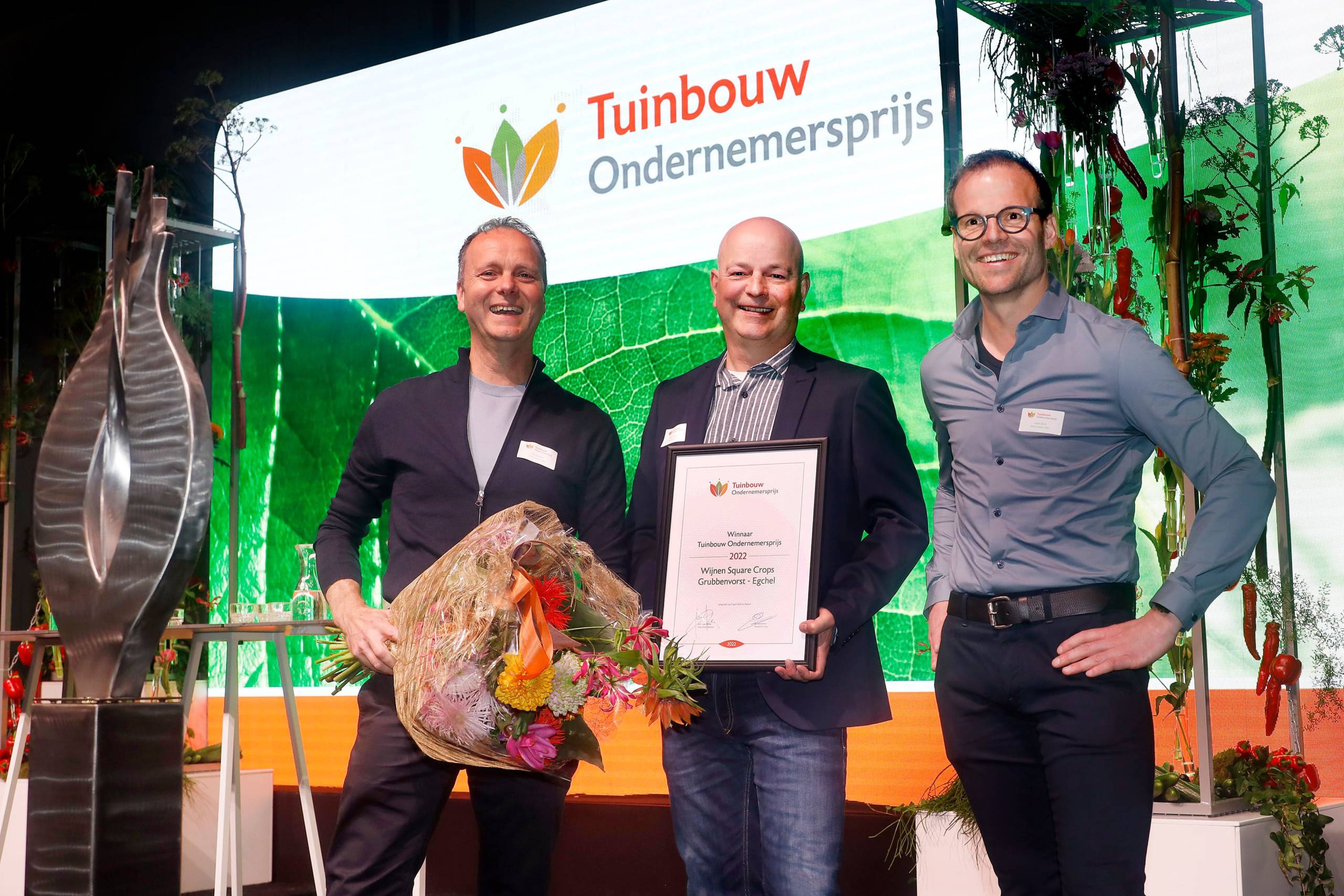 Wijnen Square Crops: winner of the 2022 Dutch Horticultural Entrepreneur of the Year Award.

Showcase your achievements – enter the Dutch Horticultural Entrepreneur of the Year Awards 2023. Entry closes on 25 November 2022.

Established by GroentenFruit Huis, Royal FloraHolland, Flynth advisers and accountants, Interpolis, the Dutch Ministery of Agriculture and Rabobank, the prestigious prize has been championing outstanding achievement in Dutch horticulture since 1986.

The Dutch Horticultural Entrepreneur of the Year Award has been often referred to as the ‘Oscars of the horticultural industry. They recognise best practices in horticultural production by the top fruits, vegetables, flowers, trees, bulbs and ornamental plant production nurseries from the Netherlands, celebrating the expertise and energy they give to horticulture. The awards also stimulate and promote best practices by giving attention to outstanding producers and promoting knowledge throughout the industry.

Dutch cucumber and bell pepper grower Wijnen Square Crops from Egchel won the award on Thursday 21 April 2022 at Floriade. The latest winner from within the ornamental horticulture industry was Phalaenopsis and Anthurium breeder and propagator Anthura, which won the accolade on 9 January 2019. This achievement automatically qualified the company for the 2020 AIPH International Growers of the Year Awards at IPM Essen where it was crowned the overall winner of the Gold Rose Award.

In October 2021, the then event’s spokeswoman, Diana Duijvestein told FCI that the 2021 event was cancelled due to Covid-19 and that the time was be used to review and remaster the 2022 award. As a result, a new category was added –  a prize that recognises a grower’s best practice in robotics automation and digitalisation.

In breaking with tradition, the 2023 awards ceremony will not coincide with the sector’s new year reception, which traditionally takes place at Keukenhof in the second week of January.

Instead, the 2023 winners will be announced during a glittering awards ceremony on 29 March 2023.

Candidates can enter the Dutch Horticultural Entrepreneur of the Year Awards 2023 online and entry closes on 25 November 2022.

To find out more about the Awards visit www.tuinbouwondernemersprijs.nl For queries on entering the awards please contact [email protected]