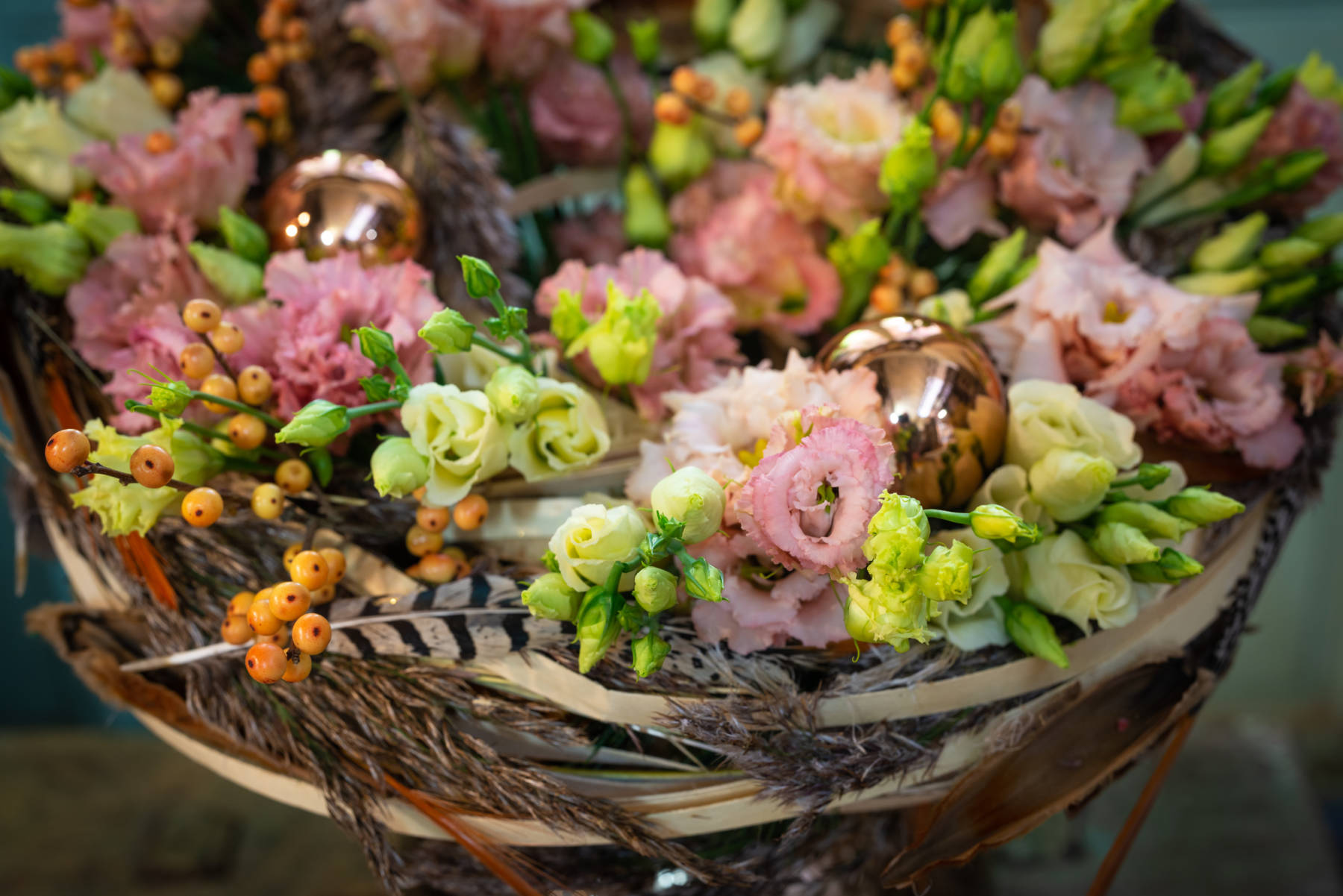 RIJNSBURG, Netherlands: Tapping into the worldwide ‘cocooning’ trend, the Dutch Lisianthus industry has launched a digital-only campaign under the tagline The  Lisianthus Christmas Show. A team of talented floral designers are ready to inspire holiday shoppers by unravelling the allure of Lisianthus.

The ad campaign aims to encourage flower aficionados to use the beauty of Lisianthus flowers in this year’s Christmas decorations. Implying if people deck the halls with boughs of Lisianthus, it will not only look beautiful but will be supporting Dutch growers and the Dutch ornamental horticulture too.

Campaign manager Pascal Koeleman of designer’s duo 2Dezign says he took inspiration from Wham’s iconic Last Christmas music video. It features a home-centred lifestyle at its best complete with a rustic mountain accommodation, a crackling fire, sparkling lights, Christmas crackers and lots of laughter. At this time of year, this campaign is relevant to everyone – especially during the coronavirus pandemic – people are spending much more time at home and taking a considerable interest in decoration and home styling.

The campaign launched on 10 November and will receive an extra boost in the month of December when the Lisianthus extravaganza will hopefully provide happiness, light and inspiration in the dark days before Christmas.

The creative team behind the campaign will be posting content and articles on lisianthus.nl and https://www.facebook.com/lisianthusspecialflower/to help holiday shoppers learn about the versatility of Lisianthus, and also to provide inspiration for journalists who are preparing copy.

The Lisianthus (Latin name: Eustoma russellianum or grandiflorum) originates from the United States, where it grows as an annual plant in desert and prairie regions, often in riverbeds where the plant has access to fresh water. The name Lisianthus is a combination of the ancient Greek words ‘lysis’ and ‘anthos’, which respectively means ‘bitter’ and ‘flower’ in reference to the bitter taste of some medicinal plants. Just to be on the safe side, we should probably flag up that the plant and flower are not suitable for human consumption.

The lisianthus comes in two forms: the single-flowered and the double-flowered. The size of the flowers can range from small to large. It takes ten to twelve weeks to grow from a cutting to a flower, regardless of the time of year. Lisianthus is therefore available throughout the year in a wide range of colours. There are also plenty of bicoloured varieties, which attractively combine white with a colour. A new addition to the range is the varieties with extra-large full flowers and lots of petals. The natural-looking varieties are also increasingly common – these flowers give a freshly-picked appearance.