Home > NetherlandsProduction > Dutch Freesias on the brink of a technological revolution

Dutch Freesias on the brink of a technological revolution 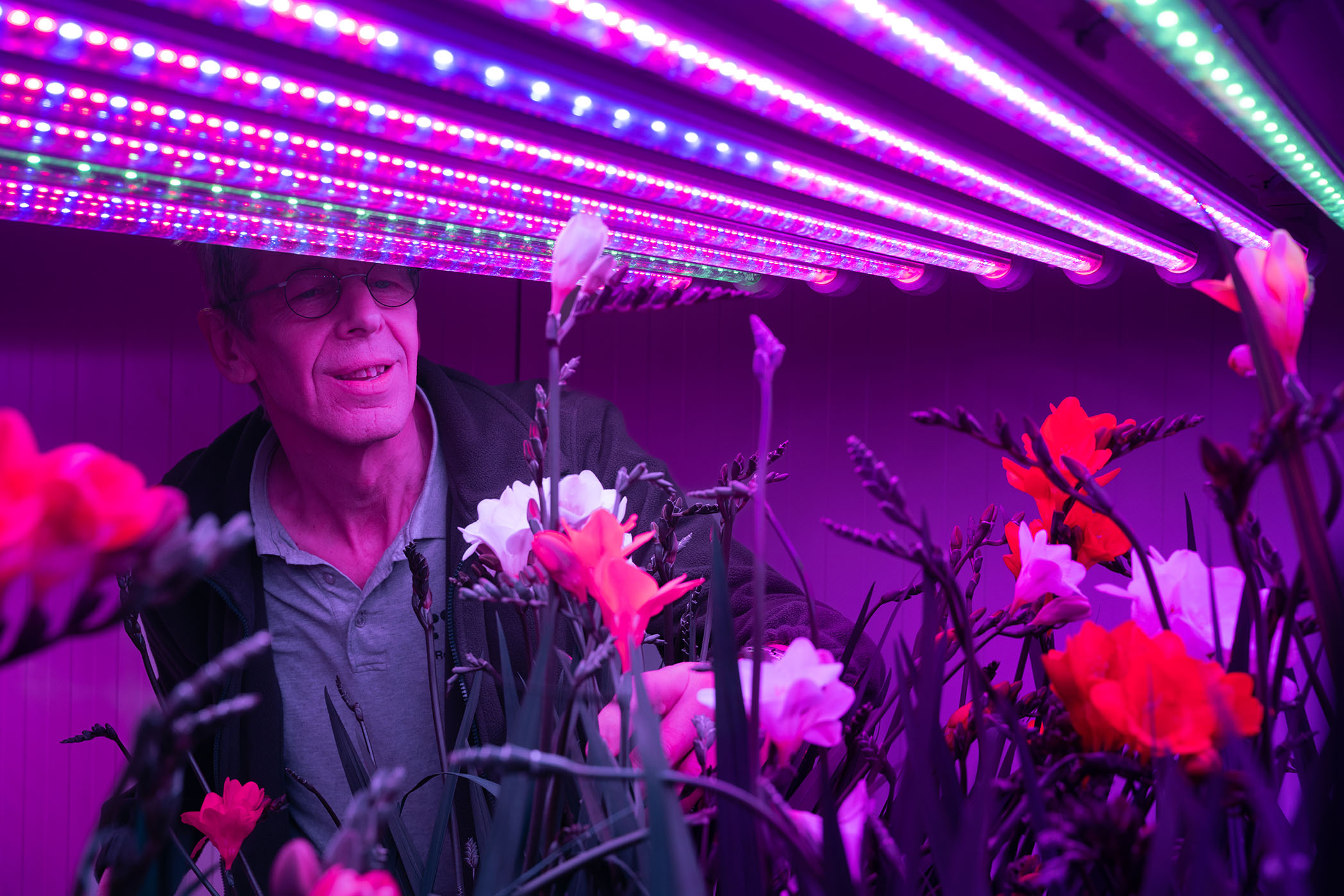 Royal Van Zanten has turned a shipping container into a growth chambers for closed closed-loop breeding of Freesias.

RIJSENHOUT, the Netherlands: Dutch-based breeder and propagator Royal Van Zanten turn a shipping container into a growth chamber for closed-loop breeding of Freesias.

The growth chamber ramps up production, cutting crop times by half. Thanks to the closed-loop system, pesticides are unnecessary. What’s more, the two-tiered growing system can run energy-neutral with self-generated electricity. 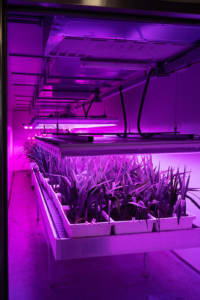 Innovative Freesia growers in the Netherlands have built growth chambers for multi-tiered production of cut Freesias under LEDs. The extraordinary results obtained prompted Royal Van Zanten to install a growth chamber at their premises in Rijsenhout.

“There are more beauties in the pipeline,” enthuses breeder Wil van Aert, who inherited the passion for the beautiful, colourful, scented Freesias from his former colleague Wim Haytink. He says, “At Royal Van Zanten, there was always room for our passion. That is why we are frontrunners in Freesias today. Freesia is a challenging crop because of the great dependence on diminishing specialist labour. That challenge gives direction to innovation in our varieties. As a breeder, we are really in the vanguard, and nobody is as innovative in this crop as we are.”

In the closed system for Freesias, flowers are harvested with leaves. The new Freesia-with-leaf variety is less vulnerable, making automation in all cultivation phases possible. These developments create new demands on varieties and offer opportunities for breeders.

“These developments also mean that growers are paying more attention to other aspects, such as the ornamental value of the flower. We are looking at the crop in a completely different way, starting again from scratch from a technical point of view,” explains Van Aert.

The closed-loop system for Freesias has a continuous climate. Sophisticated lighting and cultivation formulas ensure a faster, plannable crop all year round. Flexibility in production is possible at any location, at any time, all year round, whereas in the past, Freesia cultivation in the Netherlands was only possible in the spring months. Crop times from planting the bulb to harvesting the flower has also significantly reduced. While growers benefit from an earlier harvest, a quicker turnaround allows new varieties to debut on the market much faster.