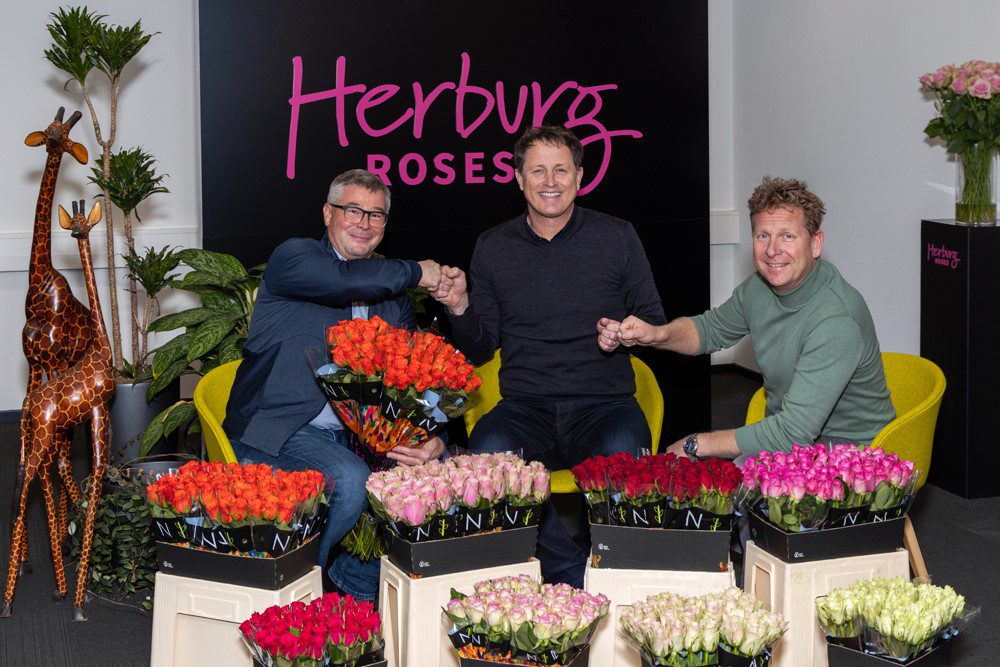 Dutch Flower Group (DFG), touted as the world largest floral wholesaler, acquired an unknown stake in Nini Herburg Roses. The vertical integration is regarded as a watershed moment in the Dutch cut flower trade as it sees a Dutch flower exporter taking direct ownership of the cut rose production process in Kenya and Ethiopia for the first time.

Commenting on the move, DFG spokesman, Marcel Zandvliet, says that the vertical integration is “the fruit of more than ten years of successful partnering between DFG’s retail companies and Herburg Group. Since 2017, the Ethiopia site has been exclusively used for growing roses for specific DFG customers. Moreover, there is cooperation at the Kenya site, which is also focused on growing assortments for large retail customers. Both companies now embrace a more formalised and even more collaborative style of working.”

The advantages of this vertical business integration include greater efficiencies, reduced supply chain costs, and more control along the production and distribution process. “Retailers prefer to source directly from farms as they seek the security of product availability and a wide assortiment. Becoming a shareholder in Nini Herburg Roses will also pave the way for greater effiency in logistics, packaging while improving our green credentials.”

DFG has bought an unknown stake in Nini Herburg Roses. Zandvliet: “Unfortunately I cannot disclose further details but the goal is to acquire a majority stake in the company.”

The Herburg Group has deep roots in commercial cut rose production. The company was established by Jan van der Burg in 1974 in Berkel and Rodenrijs, Netherlands. Second-generation Marco van der Burg became the owner of the company when he took over his father’s business in January 1997. In 2006, the Herburg rose farm began growing roses in Ziway, Ethiopia on 18ha of land. The business has grown by leaps and bounds over the last couple years. It currently has 40ha of land entirely devoted to growing intermediate rose varieties which find their way to supermarkets across the EU.

Situated on the southern shores of Lake Naivasha, Kenya, Nini is a division of Herburg Group, which purchased the company in 2021. Nini consists of two adjacent rose farms: Nini Flowers Limited and Lamorna.

In December 2022, the company began selling its entire ‘auction range’ through the newly established Online Flower Auction (OFA). At the same time, it will continue to sell freshly-cut roses to mass-market retailers in the EU, the UK, and Japan. Nini varieties up for auctioning through OFA include ‘Snowstorm’, ‘Athena’, ‘Athena Royal’, ‘Pink Athena’, ‘Patz’, ‘Lovely Jewel’, ‘Royal Jewel’ and ‘Furiosa’. Stem lengths predominantly come in 40-50-60 cm. Nini has plans to launch several exciting new varieties soon.

Commenting on DFG’s strategic step DFG boss Jan van Dam said, “For us, this is a logical development in our long-running relationship, which enables us to improve our position when it comes to vertical integration of certain product groups within the supply chain, and give our customers the very best offer”.

He referenced that DFG already collaborates with partners in a variety of ways in other flowers and plants product groups, citing examples such as contract cultivation, setting up innovative projects and forming more strategic partnerships. “Our ‘Team Up With Growers’ strategy is all about working more and more intensively with our growers.”

Nini Herburg Roses board members Philippe Veys and Marco van der Burg are delighted about this closer tie being established. Marco van der Burg said: “We’re now seeing the sustained relationship already built up with a number of DFG companies being firmly secured. Choices made more than 10 years ago to fully focus on the retail channel, and to do so through intensive cooperation with the DFG companies and their customers, have laid the foundation for achieving further growth together through this deepened involvement.”

Philippe Veys added: “Our visions fit seamlessly together, not only in terms of how customer-orientated both our organisations are, but also in our sustainability programs”.

All Nini Herburg sites are certified to Floriculture Sustainability Initiative (FSI) standards and have a Fairtrade license. In addition, various local social projects have been set up which are supported by Fairtrade, the DFG companies, their retail customers, and others.