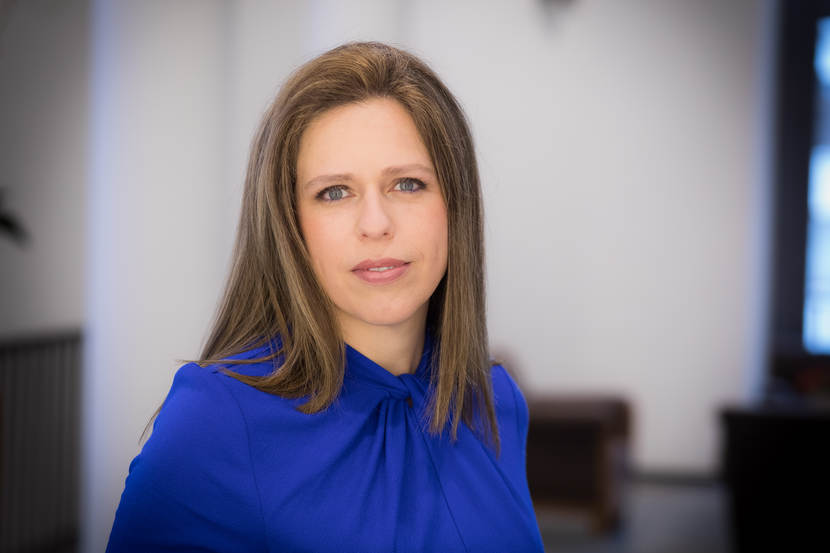 THE HAGUE, Netherlands: Dutch minister of agriculture Carola Schouten appeared on TV show Op1 on Saturday 21 March lending her valuable support to the country’s flower industry in distress. Why genuine commitment and a simple, but heartfelt message of a high-placed politician may be significantly more impactful than 100,000 likes for a ‘Buy flowers not toilet paper video’.

Schouten joined the talk show five days after images of unwanted flowers ending up in the landfill at Royal FloraHolland went viral. Members of the global flower industry immediately took to social media to boost floral purchases. While at the core there’s nothing wrong with these intentions, there’s also the risk these campaigns are counter-productive. Many other industries facing hardships in light of the coronavirus outbreak and an increasingly savvy and informed consumers may also see it as self-praise and crying wolf.

In times of crisis, there’s a return to new seriousness with social media madness finally making room for more faith in governments. Politicians who genuinely care for the flower industry now can make the difference. Striking the right balance among the country’s social, medical and economic interests last weekend was Dutch minister of agriculture Schouten whose update on the floriculture sector amid COVD-19 allows consumers to better understand the real story behind a quintessential family business sector, its pains and distress when markets are in a freefall.

Schouten says the situation is really bad. “The video which was shared on social media only shows crop destruction at the auction. Last week, however, I visited a Chrysanthemum grower who was busy composting thousands of blooms in his greenhouse as trucking them to the auction has become senseless. A grower’s work is never done, they stay year round busy. Flowers and plants are their livelihood, their life’s work.”

In light of the packed hospitals and dying coronavirus patients dying around the world, Schouten praised health personnel, physicians and nurses who are equally working round the clock adding that the coronavirus severely impacts health but also wealth. “The coronavirus impacts the entire floriculture industry, from individual business owners to workers in the greenhouse. As such, the Dutch government has announced bailout package to provide some economic relief. However, the losses the industry is facing are huge and the outbreak of the coronavirus comes at a business-critical time of the year, which is usually peak season for flower and plant sales.”

The minister notes that a crisis committee has been formed. “Our ministry works closely with  all parties involved in the country’s floriculture sector including sector body LTO. The communication is effective but the situation is dramatic.”

Over the past few months, tensions between Schouten’s ministry and farmers have risen, the latter becoming increasingly angry following the lawmaker’s attempt to blame them for carbon dioxide and nitrogen pollution. Asked if the sector is resilient to weather a second crisis, Schouten says that problem are multiple. “As sizeable numbers of workers from East and Central Europe returned to their home country, labour shortages pose a threat for the industry. Meanwhile, business performance across the different sub sectors vary with fresh produce doing reasonably well. But this is also a sector that heavy relies on exports and delays at the borders and stranded trucks put pressure on prices. Open borders, giving way to so-called green lanes are top priority. ”

Schouten could not repeat enough that there’s plenty of food in the country, urging shoppers not to forget about the corner shops that remain well-stocked with almost everything, including flowers and plants.

The minister stresses that next to gloom and doom, there’s also bloom and blossom. “It’s almost too normal for words but when you go out to your grocery store just buy an extra bouquet of flowers for those who are currently working so hard to keep society afloat. Every crisis comes with a dose of morality. In these trying times it be can rather complex to stay positive. Now that the government urges us to stay at home, flowers and plants allow consumers to bring spring into their homes.”

Schouten urged supermarkets to take their responsibility and not to negotiate for the extra penny. “Give farmers, fishers and growers a fair price even if marketing wise you could ask for a lower prices than usual. A good example, she says is German discounter Aldi who has announced it willing to pay their farmers an additional 5 eurocent for their milk.”

The coronavirus outbreak also has forged new bonds of togetherness and altruism. The minister says, “Instead of throwing unsold flowers away they have been sent to nursing homes and hospitals. These initiaves bring smiles onto people’s faces and are therefore broadly supported by our ministry.”

Schouten says that financial losses in the Netherlands could be as high as 2 billion euros.