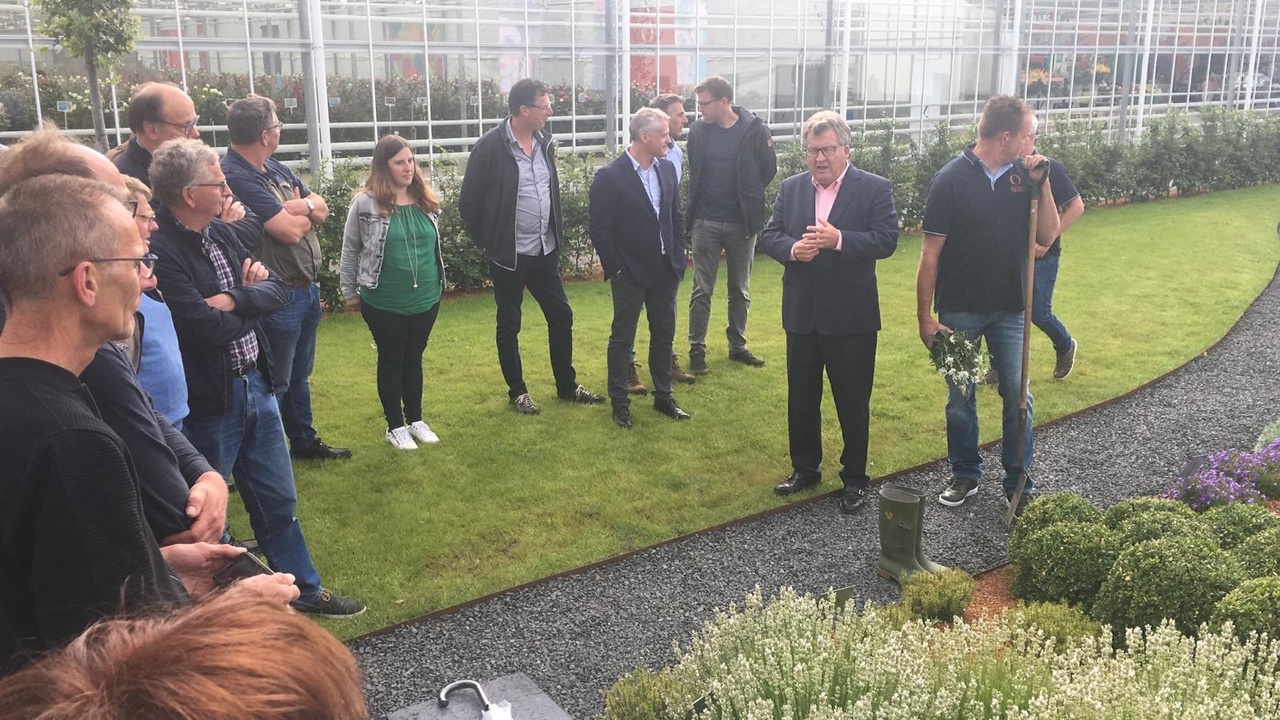 The new show garden located at Hoofdweg 119 in De Kwakel was officially opened on Thursday, 13 June 2019 by Biense Visser (CEO, Dümmen Orange) and Robin Reurings (Nursery Manager, Dümmen Orange). The ceremony was attended by the company’s employees, FlowerTrials visitors and members of Perennial Power, a foundation for promoting perennial plants, with which Dümmen Orange is also affiliated.

The garden exhibits over 150 products. Most are Dümmen Orange perennials, but also their bedding products, calla lilies and succulents plus open-source genetics from their third-party rooted cuttings catalogue are included.

The show garden is open to visitors throughout the year, but its maintenance is scheduled to keep it the most attractive during the FlowerTrials and Plantarium events.