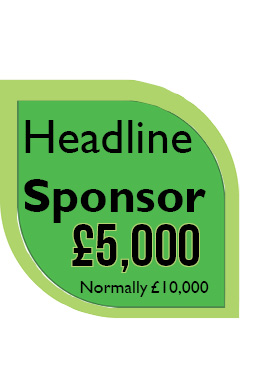 The agreement was signed by Pieter Koen (Product Manager Tropicals at Dümmen Orange), Kim Seok Cheol (Director of GARES) and Kim Gyun Joong (President of Koduk Green House Inc.). Koduk Green House is appointed by GARES to acts as its agent. This collaboration is an extension of the existing partnership between Dümmen Orange and GARES on rose breeding. At this stage the primary focus of the new agreement will lie on the Echeveria and Sedum varieties.

Echeveria is a crop native to Mexico and is the most popular crop of succulents. Over 600 varieties are being sold worldwide, and the Cactus Succulent Research Institute (part of GARES) in South Korea has developed 32 varieties since 2013. Sedum is an easy branching and leafy succulent with good environmental adaptability and ornamental value.

Kim Seok Cheol (Director of GARES) said, “We will continue to develop various new varieties that will satisfy both domestic and foreign consumers so that the production, consumption, and export of cacti and succulents can be continuously expanded.”

Pieter Koen (Product Manager Tropicals at Dümmen Orange), is very happy with this new collaboration: “The world-class varieties developed by GARES enable us to continue our strong presence in the global succulent market. Our customers can now choose from an even wider range of varieties. Joining forces like this creates great opportunities and benefits to our customers worldwide!”

Dümmen Orange will gradually expand global sales, with a main focus on its key markets USA, Canada and Europe, by evaluating the marketability of the varieties. The next step will be the introduction of more succulent varieties to the market in the coming years.

GyeongGi-Do Agricultural Research & Extension Services (GARES) develops and disseminates new techniques that are essential to farmers and agri-foods companies. GyeongGi-Do is at the center of South Korea’s food process industry. The Cactus Succulent Research Institute (CSRI) is part of GARES.

In 1989, nine professional cactus growers get together and founded Koduk Green House Inc. in a small town near Seoul, South Korea. With their unmatched experience and expertise, the company became a leading grafted cactus grower and exporter in a short period time. Today, the company exports many varieties of cacti to the world market including USA, Canada, Netherlands, Japan, Germany, and South-East Asian countries.