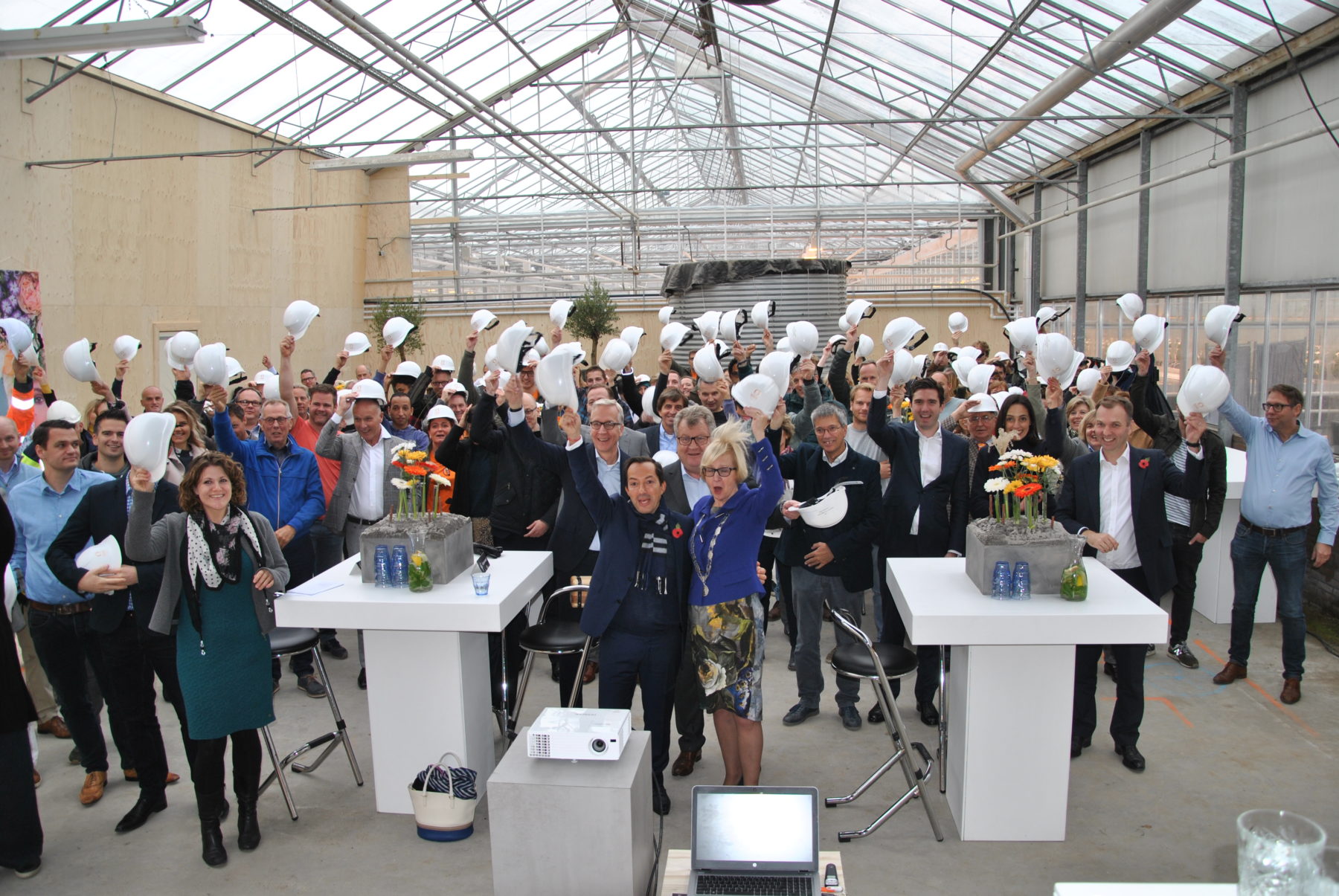 Dümmen Orange’s Head of Research and Development, Hans van den Heuvel, told the audience that the official start of construction is a milestone as the company’s research activities are currently scattered around the globe and will soon be gathered under one roof. Dümmen Orange’s research facilities are not always ideally located and a few somewhat outdated and this sometimes requires workarounds by the employees. In the new Breeding Technology Center researchers will be able to focus solely on research which will give a significant boost to innovation.

Tosca Ferber, head lab researcher added that the completion of the Breeding Technology Center in 2019 will mark the transition from classical to technology-driven plant breeding. She cannot wait to see the three-storey, 4,000m2 world-class molecular research center. It will consist of several areas that will bring together groups of experts to focus on specific areas of biological research such as cell biology, marker-assisted plant breeding, plant pathology, disease diagnosis and Basewell® technology.

Invited as guest of honour was Westland’s Mayor, Maria Agnes (Agnes) van Ardenne-van der Hoeven who was visibly delighted to be at Dümmen Orange headquarters at de Oudecampsweg in De Lier. She told the audience how being there brought her back to her youth. Born the daughter of a carnation grower in neighbouring Maasland, she often visited her uncle who grew roses across the road from where Dümmen Orange’s head office is now located.

Van Ardenne, once political spokeswoman for horticulture and former minister for Development Cooperation knows both the national and international horticulture sector inside out. She has shown herself to be a strong advocate for globalization, international cooperation and is always keen to support and challenge young people. The latter reminded her of the days when she was a permanent representative of the Food and Agriculture Organisation (FAO) for the United Nations, the World Food Program and the International Fund for Agricultural Development in Rome. “To better understand the migration from rural-urban youth migration, FAO conducted a survey of younger generations. One of its major conclusions was that youth are obsessed by the wonders of technology …and the wonders of nature at the same time. Herein lies a future full of opportunity as there is no better way to get younger people interested in a job in Westland’s horticultural industry than by opening this high-tech research center,” concluded Van Ardenne.