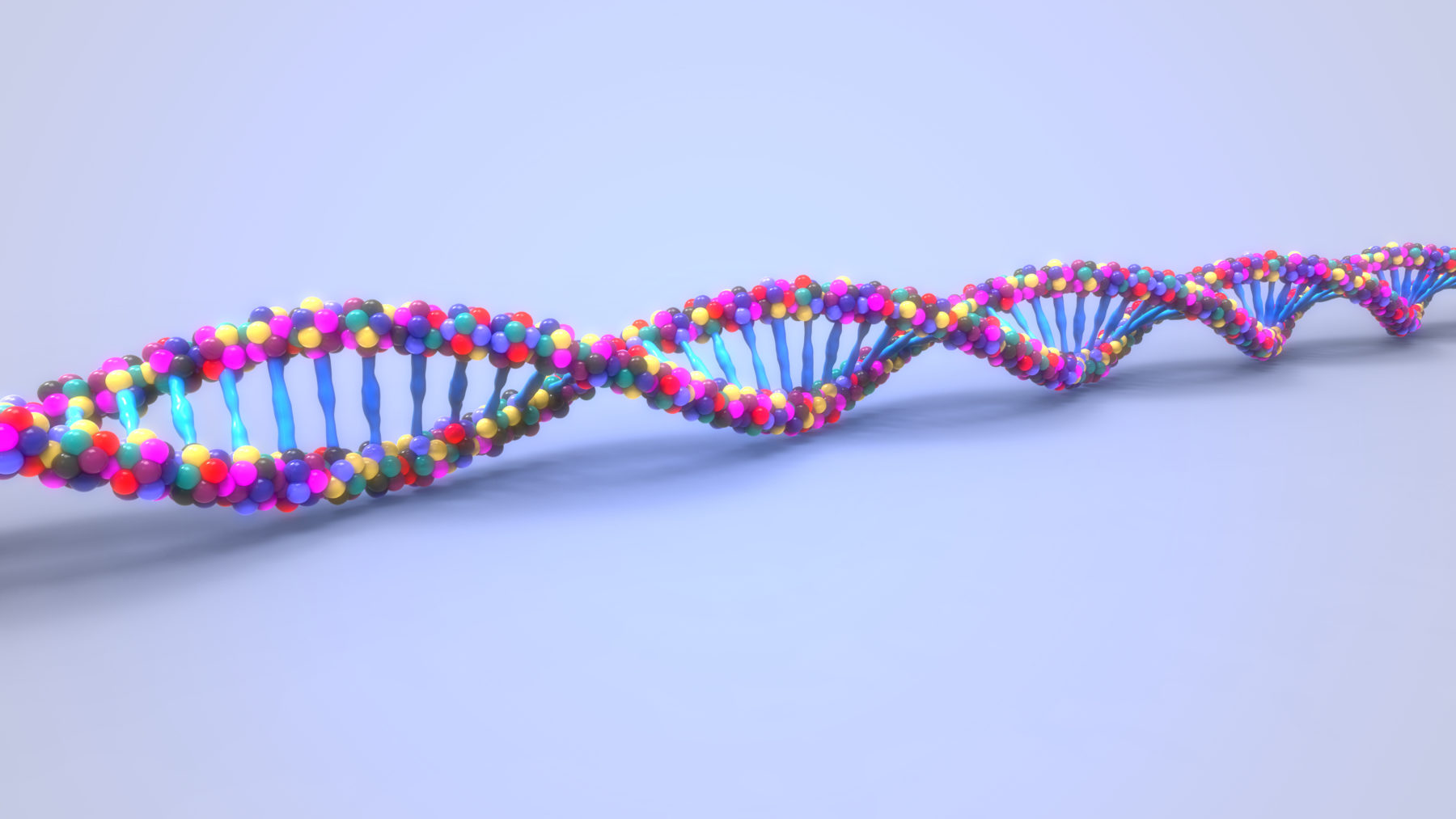 In a recent judgment, the European Court of Justice (ECJ) has ruled that organisms obtained by new mutagenesis breeding techniques are genetically modified organisms (GMOs) within the meaning of the GMO Directive. As a result, those organisms fall, in principle, within the scope of the GMO Directive and are subject to the regulatory obligations laid down by that directive. Critics say the decision has far-reaching consequences for the ability of plant breeders to apply promising new breeding techniques such as CRISPR/Cas9 within the European Union, also within the ornamental sector.

Confédération paysanne, a French farmer’s association which defends the interests of small-scale farming, brought an action before the French Council of State together with eight other associations concerned with the protection of the environment and the dissemination of information on the dangers of GMOs. The action was brought in order to contest French legislation which exempts organisms obtained by mutagenesis from the obligations imposed by the European GMO Directive and to ban the cultivation and marketing of herbicide-tolerant rape varieties obtained by mutagenesis.

The GMO Directive amongst others provides that GMOs must be authorised following an assessment of the risks which they present for human health and the environment and makes them subject to traceability, labelling and monitoring obligations. This results in an uncertain, costly and lengthy politicised regulatory approval process, which prevents most breeding companies from being able to commercialise innovative products in the EU.

The ECJ was requested by the French Council of State to determine, in essence, whether organisms obtained by mutagenesis, specifically using new gene editing technologies, are GMOs and whether they are thus subject to the aforementioned obligations of the GMO Directive.

Confédération paysanne and the other associations took the view that the use of herbicide-resistant seed varieties obtained by new mutagenesis gene editing techniques carries a risk of significant harm to the environment and to human and animal health, in the same way as GMOs obtained by transgenesis. According to the Confédération paysanne et al. these new techniques should therefore fall under the scope of the GMO Directive.

In general, transgenesis can be described as a genetic engineering technique that consists in inserting one or more genes from other species into the genome of another species. The GMO Directive does not explicitly refer to the notion of transgenesis. However, the directive does cover various techniques which could normally be described as such. Mutagenesis does not entail the insertion of foreign DNA into a living organism. It nonetheless involves an alteration of the genome of a living species.

Judgment of the court

In its judgment of 25 July 2018 (C-528/16), the Court of Justice takes the view that organisms obtained by mutagenesis are GMOs within the meaning of the GMO Directive, in so far as the techniques and methods of mutagenesis alter the genetic material of an organism in a way that does not occur naturally. According to the court, it follows that those organisms come, in principle, within the scope of the GMO Directive and are subject to the obligations laid down by that directive.

The ECJ states, however, that it is apparent from the GMO Directive that it does not apply to organisms obtained by means of certain mutagenesis techniques, namely those which have conventionally been used in a number of applications and have a long safety record. The court nevertheless specifies that the EU Member States are free to also subject such organisms, in compliance with EU law, to the obligations laid down by the GMO Directive or to other obligations. The fact that those organisms are excluded from the scope of the directive does not mean that the persons concerned may proceed freely with their deliberate release into the environment or with their placement on the market within the EU. The EU Member States are thus free to legislate in this area in compliance with EU law, in particular with the rules on the free movement of goods.

With regard to the question whether the GMO Directive may also be applicable to organisms obtained by mutagenesis techniques that have emerged since its adoption in 2001, the Court considers that the risks linked to the use of these new mutagenesis techniques might prove to be similar to those that result from the production and release of a GMO through transgenesis, since the direct modification of the genetic material of an organism through mutagenesis makes it possible to obtain the same effects as the introduction of a foreign gene into the organism (transgenesis) and those new techniques make it possible to produce genetically modified varieties at a rate out of all proportion to those resulting from the application of conventional methods of mutagenesis. This means that the GMO Directive is also applicable to organisms obtained by mutagenesis techniques that have emerged after 2001.

So far, the judgment has been perceived very critically by breeding companies, scientists and breeders’ associations. Probably even more, since the ECJ did not follow the opinion of the Advocate General who concluded that also the new mutagenesis techniques are exempted from the obligations of the GMO Directive provided they meet all conditions included in the Directive.

Contrary to the Advocate General’s opinion, the ECJ’s decision now subjects almost all plants obtained with new mutagenesis breeding techniques to the regular GMO legislation with – as indicated before – its prohibitive costs and political uncertainty of final market approval.

According to Secretary General Garlich von Essen from the European Seed Association, “it is now likely that much of the potential of these innovative methods will be lost for Europe – with significant negative economic and environmental consequences. That strikes a serious blow to European agriculture and plant science. While other parts of the world go ahead with these innovations without unnecessary overregulation, Europe’s breeders and farmers will once again loose out, without a chance to explore the huge potential and benefits of these plant breeding innovations in practice.’’ (source: european-seed.com).

Similar initial views are expressed by the Secretary-General of the European farmers’ group Copa-Cogeca: “This decision risks that European agriculture remains isolated from the benefits of innovative developments vis-a-vis the rest of the world […]” (source: Twitter).

Although the case at hand dealt with the allowability of a GM food crop (rape), the decision of the court also covers GM ornamentals. Within the European ornamental sector, nowadays new mutagenesis techniques are mainly used for experimental plant breeding purposes as an alternative for – or an addition to – the more traditional technologies such as radiation and chemical treatment. However, both the expensive licence fees for the use of patented new mutagenesis breeding techniques, in combination with the high costs of the lengthy and regulatory approval process and subsequent marketing conditions, hinder the commercial introduction of GM ornamentals in the EU, even for the largest breeding companies.

According to Hans van den Heuvel, Managing Director R&D of Dümmen Orange, the negative implications of the ECJ judgment for the ornamental sector at this moment should not be overstated. According to van den Heuvel “the downside of the judgment is mainly caused by the fact that on a global scale, there is no fair level playing field, as the new breeding techniques can be used in various countries outside Europe, such as in the US and Israel, without being subject to GMO legislation. By not being able to freely apply these techniques in Europe, we miss out on the substantial time efficiency that can be gained when developing new varieties”.

Also, various scientists have expressed critical views on the judgment. The precautionary principle, as included in the GMO Directive and mentioned as an important ratio for the decision of the ECJ, applies to cases of scientific uncertainty. However, there are studies that show that there is less uncertainty related to mutagenesis using new gene editing techniques than with conventional random mutagenesis methods by ionising radiation or exposure to mutagenic chemical agents (source: EFSA Journal 2012;10(10):2943). It is also argued that there is no scientific reason, nor any basis in the GMO Directive, to differentiate between variations of “mutagenesis” techniques, notably because the end results are similar or even identical.

Despite these critical views, for now, the plant breeding industry in Europe will have to deal with the ECJ’s judgment. It may consider to lobby and convince the European Commission and legislature to update the GMO Directive and its annexes to include the newly available gene editing techniques using scientifically based evidence on human safety and impact on the environment.

It follows from the opinion of the Advocate General that the European Commission observed that no particular problems connected with conventional mutagenesis have been reported since the 1960s, when it was first used. According to the Commission there is no real difference between in vitro and in vivo mutagenesis. In vitro mutagenesis would even have predated the adoption of the GMO Directive and, to a lesser extent, that of its predecessor (Directive 90/220). Furthermore, the Commission observed that the EU legislature intentionally decided not to distinguish between the techniques to determine the scope of the mutagenesis exemption. At the same time, it effectively narrowed down the exemption in order to take account of ongoing technological developments by adding the caveat deriving from the use of recombinant nucleic acid molecules. That caveat was considered to sufficiently take into account the emergence of new mutagenesis techniques.

According to the Commission and several Member states, a case-by-case analysis should be carried out to determine whether organisms obtained by mutagenesis can be exempted by looking at the different processes used to modify the genetic material, including the possible use of recombinant nucleic acid molecules or non-exempted GMOs.

The GMO Directive has been amended in the past various times, including with respect to the exemption for mutagenesis. This may be the time to again initiate a new update of the legislation.