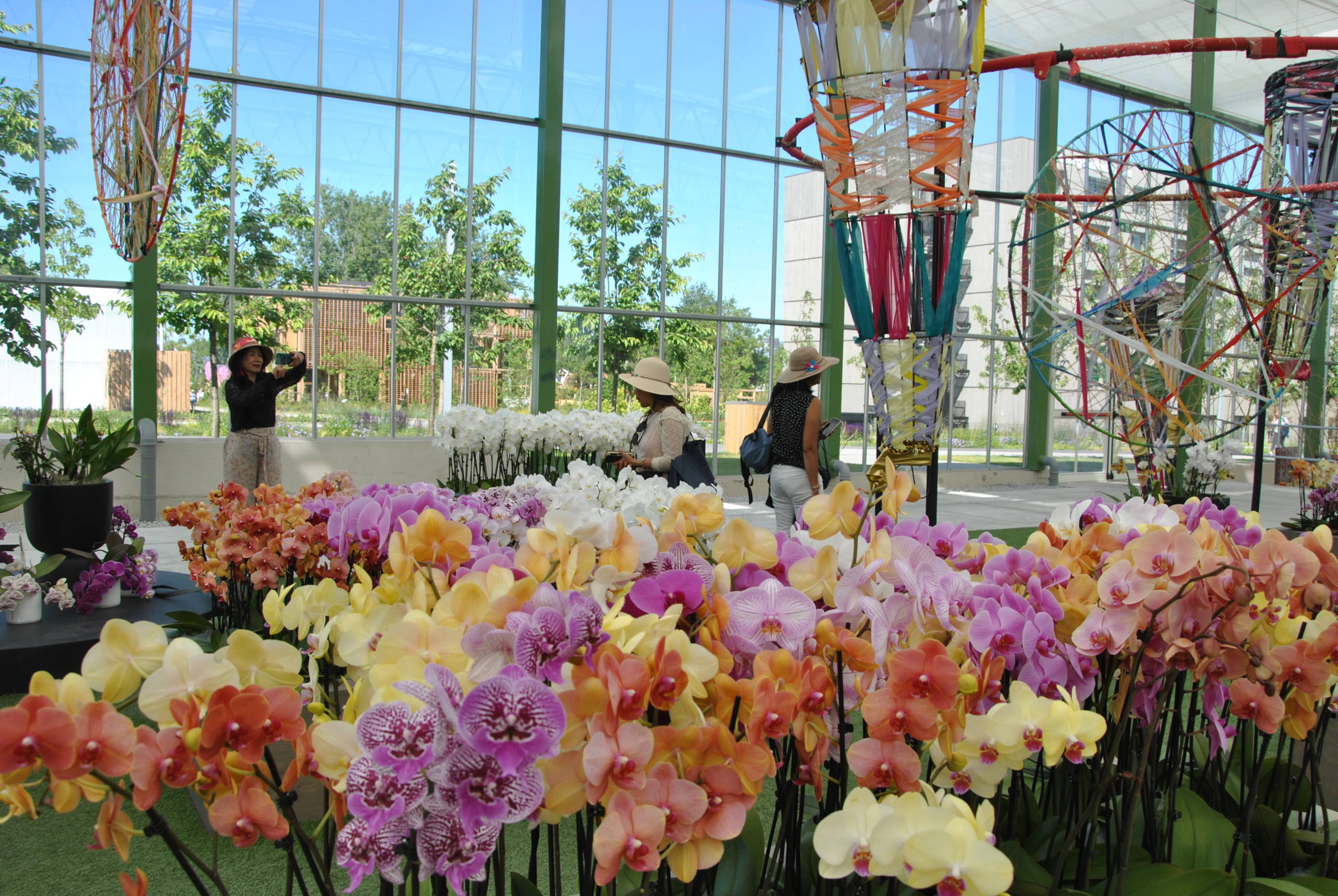 ALMERE, Netherlands: The organisers and hosting city Almere of the world horticultural expo Floriade are keeping an eagle eye on the inflation rate, the price of fuel and rising Covid infection rates in Western Europe, citing these as reasons for disappointing visitor numbers.

Floriade announced its latest attendee figures today, explaining that not more than 232,000 visitors passed the expo’s gates during the first 72 days. That is approximately one third of the anticipated visitation numbers.

Floriade added that the drop in spring visitation is a huge financial blow for its organisation and the city of Almere, the expo’s sole share holder.  Both must now confront a loss amounting to an expected €33.8 million.

The Floriade budget was based on 2 million visitors during the entire event. This figure has now been adjusted to 1.2 million.

In a letter to Almere’s city council, Mayor Ank Bijleveld says she is hugely disappointed by what unfolded unexpectedly today. “We want to continue to make sure that as many people as possible can visit the Floriade. The Expo and the city deserve it. The best way to go forward is to keep the costs for the municipality as low as possible.”

The City Board’s proposal to keep the Floriade going with an injection of millions will be discussed in the council on Thursday evening 23 June. The debate promises to be a heated one, also because of the earlier assurance that no more extra money would go to the event.

Meanwhile, Floriade BV has announced it will be introducing a number of measures in order to reach at least 1.2 million by the end, which is 9 October.

Research by Motivaction found that variables that impact ‘recreational behaviour’ include inflation, Covid-19 and rising energy prices. The study also indicates that day-trippers interested in all things botanical tell that their interest these last years has remained the same or has increased. The Dutch are however, less inclined to visit day-trip attractions compared to the pre pandemic era. Now that more is permitted, people are more inclined to take part in social activities with friends or family, such as visiting each other, going for a drink together or perhaps out for a meal. They might also visit an attraction they already know of, which they can finally access again. Only then do people consider a new day-trip such as the Floriade. It also became clear that the current ticket price is seen as high by some target groups.

Floriade puts partially the blame on itself saying that after the end of the Corona pandemic, there was so much still to be done in the park in the first weeks after the opening. However, the organisers are quick to add that since the start of May, the expo grounds has flourished into a fully-fledged theme park for sure, with many nice activities and a fully-grown arboretum. Visitors mention all this in reviews.