Colombia sails ahead in sea transport of cut flowers 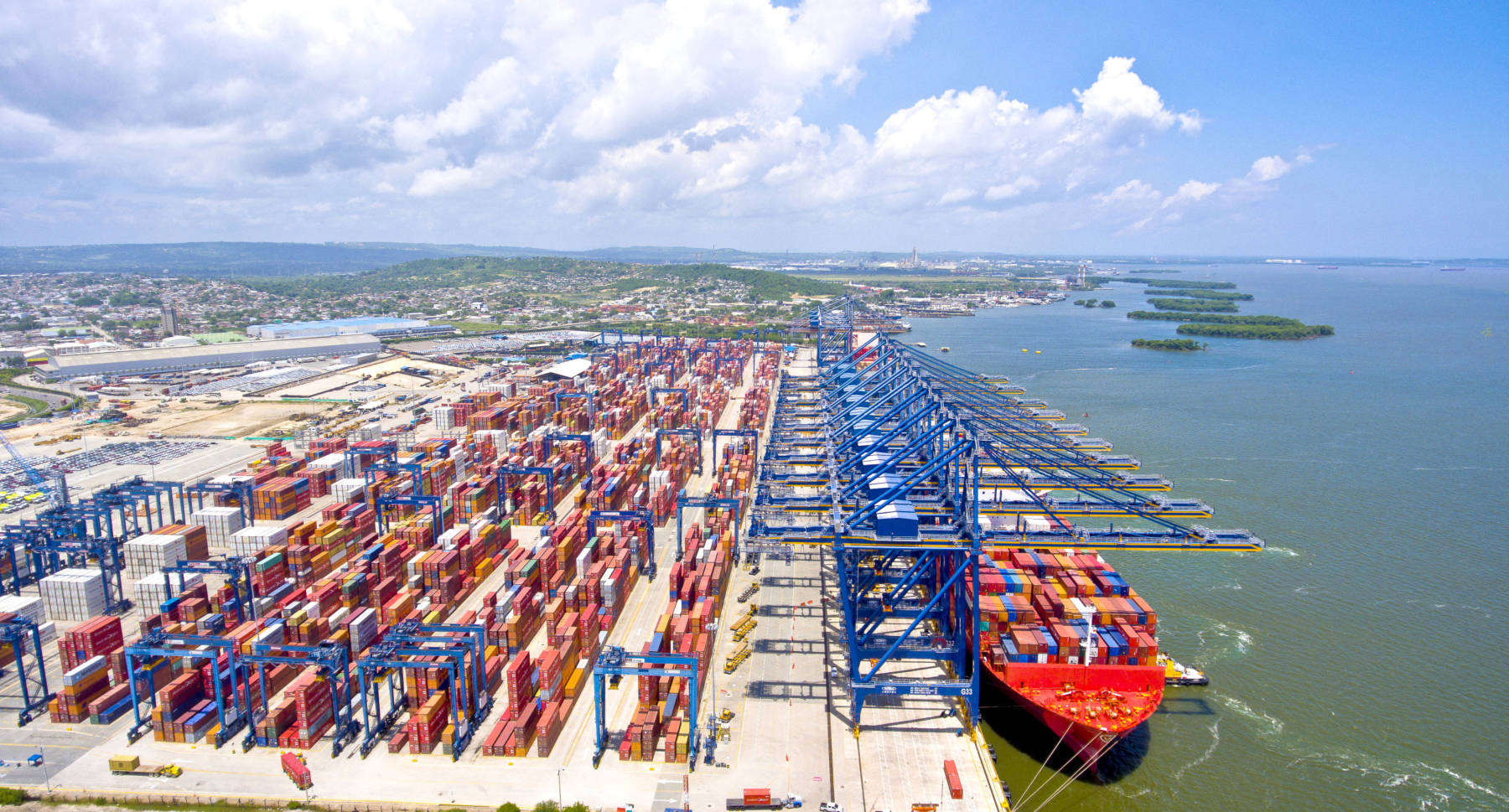 COLOMBIA: The conversation in Colombia is everywhere: is maritime transport cheaper and more efficient for cut flowers? Will it replace airfreight? Will it impact the industry down to the production process? FCI set out to find answers to these and other questions.

Maritime transport of cut flowers exported from Colombia has risen dramatically in the past two years, particularly to the United States. While sea transport of cut flowers is not new – good experience with this system was developed over the past decade with exports to Europe and Asia at very competitive costs as compared to airfreight – the US gateway, however, remained mostly unexplored until now. What happened?

“Hurricanes played a major role,” says Sergio Maldonado, an experienced flower producer, exporter and cargo handler, presently operating his own company (Servicio Logístico Multimodal). He adds, “Together with constrained capacity and increasing prices of airfreight, hurricanes Irma in 2017 and Michael in 2018 posed genuine challenges for flower exporters to get their products to the required destinations in time.” Other weather extremes near Valentine’s Day surely add to this.

“An important factor has been business consolidation”, added Camila Camacho of Royal FloraHolland. A pioneer in maritime transport at the beginning of this decade, the Dutch auction is no longer offering this service, “but we continue to keep our eyes on its development as we may get back into this business soon,” she states.

“Mergers and growth have led to the emergence of larger companies. These companies are able to fill entire containers with their own product,” explains Camila. They first started looking at Europe and Asia (e.g. Japan) but soon realised the USA was an excellent prospect too. “Some companies, such as Sergio’s also work in consolidating products from smaller companies; this is more challenging but is still a good option.”

Containers are packed directly in the cold rooms, chilled to the appropriate temperature (1-2º C), atmosphere-controlled and then boarded on trucks that take them to ports on the Caribbean Colombian coast – Santa Marta or Cartagena – where they go into ships taking them to Miami. Phytosanitary inspection by Colombian agricultural authorities is almost entirely done at the origin before flowers are packed. DEA inspection (for prevention of illicit drug trafficking to the US) is achieved at the port using top of the line scanners that do not require opening containers. This process allows for a near-perfect cold chain, which directly and very positively impacts flower quality and shelf-life. “Although cost reduction in freight to the USA is only about 15%”, says Camila, adding that for other markets such as Europe or Asia it maybe around 40%. “maritime transport offers a clear edge when it comes to consistent flower quality.”

According to ASOCOLFLORES (the Colombian Association of Flower Growers and Exporters), maritime transport of flowers from Colombia to the USA more than doubled in the period January to May 2019 compared to the same period in 2018. At the same time, other markets where sea transport appeared to be growing in the past reveal a declining tendency, as shown in the table below:

Comparison of cut flower exports from Colombia shipped by sea, by market, 2018-201

How is the industry as a whole adapting to this change? There are various challenges. On the one hand, meeting peak consumption dates such as Valentines’ and Mothers’ Day is different: flowers shipped by sea take much longer to reach consumers than those sent by air (on average, 6-8 days vs 18-20 days), so peak harvesting needs to occur earlier. This fits in harvest fits in well with mass marketers who plan ahead of time, within organised schedules. But, what if, for example, flower opening is delayed due to climatic conditions, or last-minute orders arise? “There is airfreight for that”, Camila replies, “airfreight will always play an important role in this business.”

The trick is to strike a good balance between sea and air, which takes off the pressure of aiming for a peak harvest to satisfy consumers on a single day.

Another challenge is ground transport: Colombian roads are poorly maintained, and there is no transport by train or river; this adds time and increases the shipping tag. Yet another challenge is port installed capacity and infrastructure. However, great strides have been taken at Santa Marta and Cartagena, which now boast dozens of decks with top of the line technology and service. At the other end, the port of Miami is feeling the increased activity, requiring US Customs and Border Protection to provide additional phytosanitary inspection services. However, “Even if it seems to make more sense for ships to go on to ports further north such as Philadelphia or New York, thereby reducing the need for ground transport, flower distribution works better when using Miami,” states Sergio.

He adds, “Miami is, by tradition, the best place to trade flowers, with all facilities and infrastructure at hand for efficient entry into the USA, handling and delivery.”

In conclusion, maritime transport is becoming an efficient alternative for cut flower transport, and its use for the US market will most probably continue to increase in the near future. However, air transport will continue to be essential, as e-commerce and immediate orders hold a prominent place in the market. It’s a question of striking the right balance. 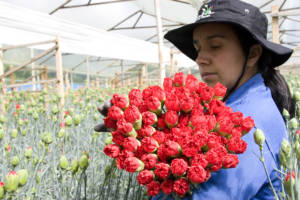 Carnations are known to be one of the flowers that show no ill effects from sea voyages.

Containers are packed directly in the cold rooms, chilled to the appropriate temperature, atmosphere-controlled and then boarded on trucks… 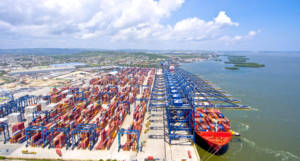 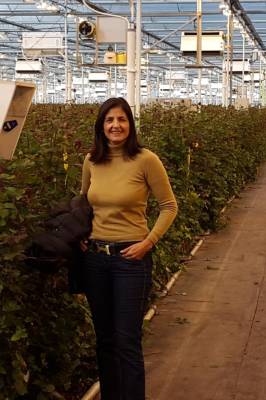 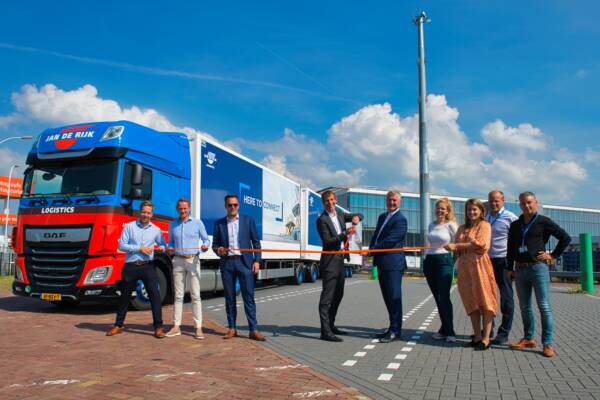 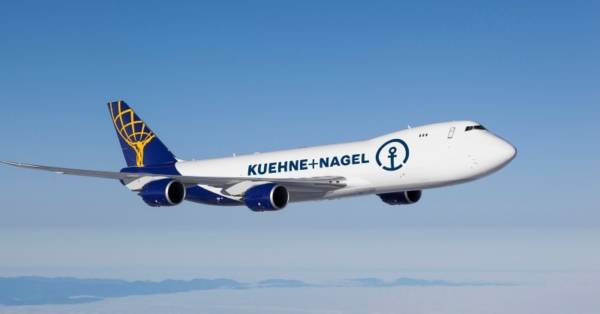 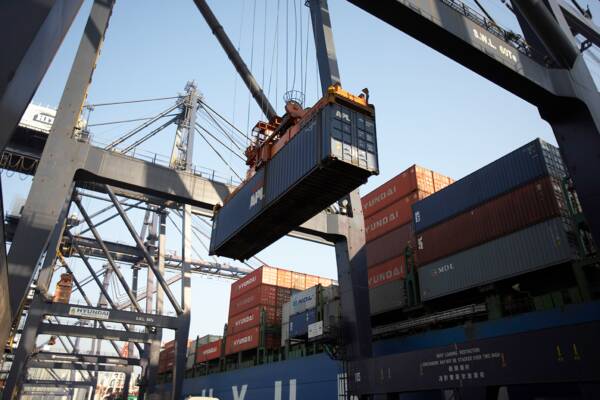