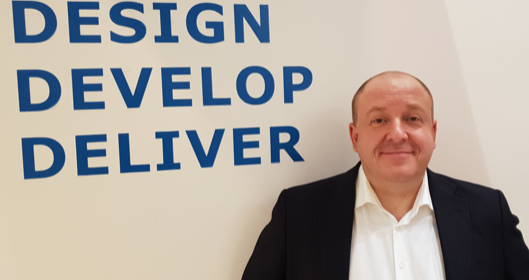 BERGSCHENHOEK, Netherlands: As of 1 January, Codema has strengthened its international sales team with Thomas Bauer. In his role as Account Manager for the DACH countries (Germany, Austria and Switzerland), he will be working to strengthen Codema’s position as a full-service system integrator.

Thomas Bauer has been working at another international horticulture supplier for over sixteen years. In his position as Account Manager, he has worked in various countries in different parts of the world. Thomas Bauer: “I’ve done a lot of business in China and Japan and in the German-speaking countries and by now I have a good understanding of how things work.’’

Thomas Bauer comments on his decision to start working for Codema: “To this point, Codema has sold a lot of water control technology in German-speaking countries but its other disciplines: cultivation systems, climate management, electricity and lighting, construction and software have been underrepresented. I want to change that. I like Codema’s healthy ambition for international growth and look forward to working for this fast-growing company.”