Home > > China and all things floral have the world’s attention

China and all things floral have the world’s attention 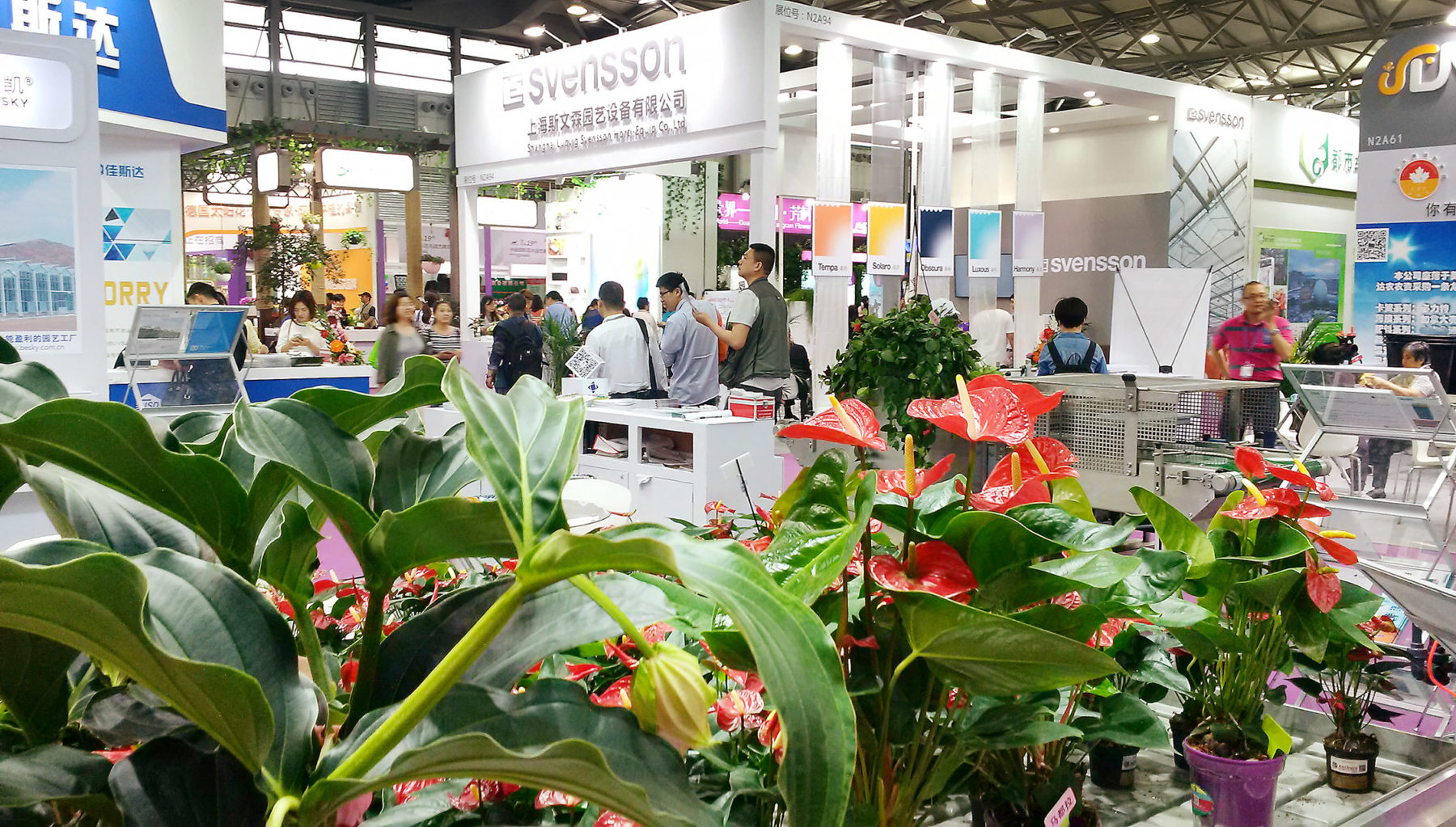 2019 will be an important year for Chinese horticulture with the country staging world-class horticultural events.

The 21st edition of Hortiflorexpo IPM Shanghai ended on a high note on April 22, 2019. Endorsed by the Chinese Ministry of Agriculture and the Bureau of State Forestry and organised by Shanghai Intex Exhibition and the country’s sole industry body for ornamental horticulture, the China Flower Association, the Hortiflorexpo IPM trade show is the fundamental point of reference for the Chinese market as well as Asia’s leading business platform in ornamental horticulture. The show took place from April 20-22, 2019 at  Shanghai’s New International Expo Centre.

Held in odd-numbered years in Shanghai and even years in Beijing, Hortiflorexpo IPM has been is powered by IPM Essen since 2012. Last year, the Beijing show attracted 35,196 trade visitors from 46 countries and 796 exhibitors from home and abroad, showcasing their latest products and services on a 40,000m² exhibit space.

Now in its 21th year, the 2019 Hortiflorexpo IPM Shanghai welcomed nearly 900 exhibitors from 30 countries. Visitors were treated to a much expanded exhibition (50,000m²) and conference and workshop programme, very closely focused on key issues affecting the ornamental horticulture and gardening industry.

“China is and will remain a market with growth chances for the future. With the China Flower Association, we have a competent partner at our side. Not least, this is also the reason why Hortiflorexpo IPM has once again grown even further and is registering an even stronger international demand,” said Oliver P. Kuhrt, CEO of Messe Essen GmbH.

Also valuing its relationship with the China Flower Association is the International Association of Horticultural Producers, AIPH. “They carry out such a valuable role for your industry. This will be an important year for Chinese horticulture, with the opening of the AIPH-approved, Expo 2019 Beijing on 29 April. This event will put your industry in the national and international spotlight even more as it seeks to attract 16 million visitors during its 6 months of operation,” said AIPH Secretary General Tim Briercliffe, who delivered a key speech during the opening ceremony of Hortiflorexpo IPM in Shanghai on Saturday April 20, 2019.

Over 100 countries are expected to participate in the AIPH-approved Expo 2019 Beijing to take place from 29th April to 7th October 2019 in Yanqing district of Beijing, China. Covering over 500 hectares the world event will be taking place close to the foot of the Great Wall in Badaling. Countries and international organisations will take their place at the Expo alongside many gardens from provinces across China.

Briercliffe said he was particularly honoured to be speaking at the opening of Hortiflorexpo IPM. “It is the purpose of AIPH to support the ornamental horticulture industry worldwide and trade events like this provide a valuable mechanism for all those in this industry to do business and grow together.”

The Chinese horticulture industry has seen tremendous growth over recent decades and still it continues to develop into a more and more sophisticated sector. Briercliffe continued, “The market for flowers and plants in China is huge and, based on our predictions for this industry, it is set to be much bigger still in years to come.  Now is the time to position your industry with high quality, innovative product that will attract the attention of the growing numbers of consumers with money to spend on non-essential items. Those exhibiting here today are fuelling this industry with their ideas, technology and concepts.  They come from all over the world to build the Chinese industry with you.”

AIPH is focused on China this year.  Along with CFA, CCPIT, the Forestry and Grassland Administration and Beijing Municipal Government, the association will host the first World Ornamental Horticulture Summit in China during the second week of September in Beijing.  There it will publish its report into the market for Chinese ornamental horticulture.  This important event that will run alongside the 71st AIPH Annual Congress.