Catalonian florists will sell 4.2 million Sant Jordi roses, 40 per cent down from 2019 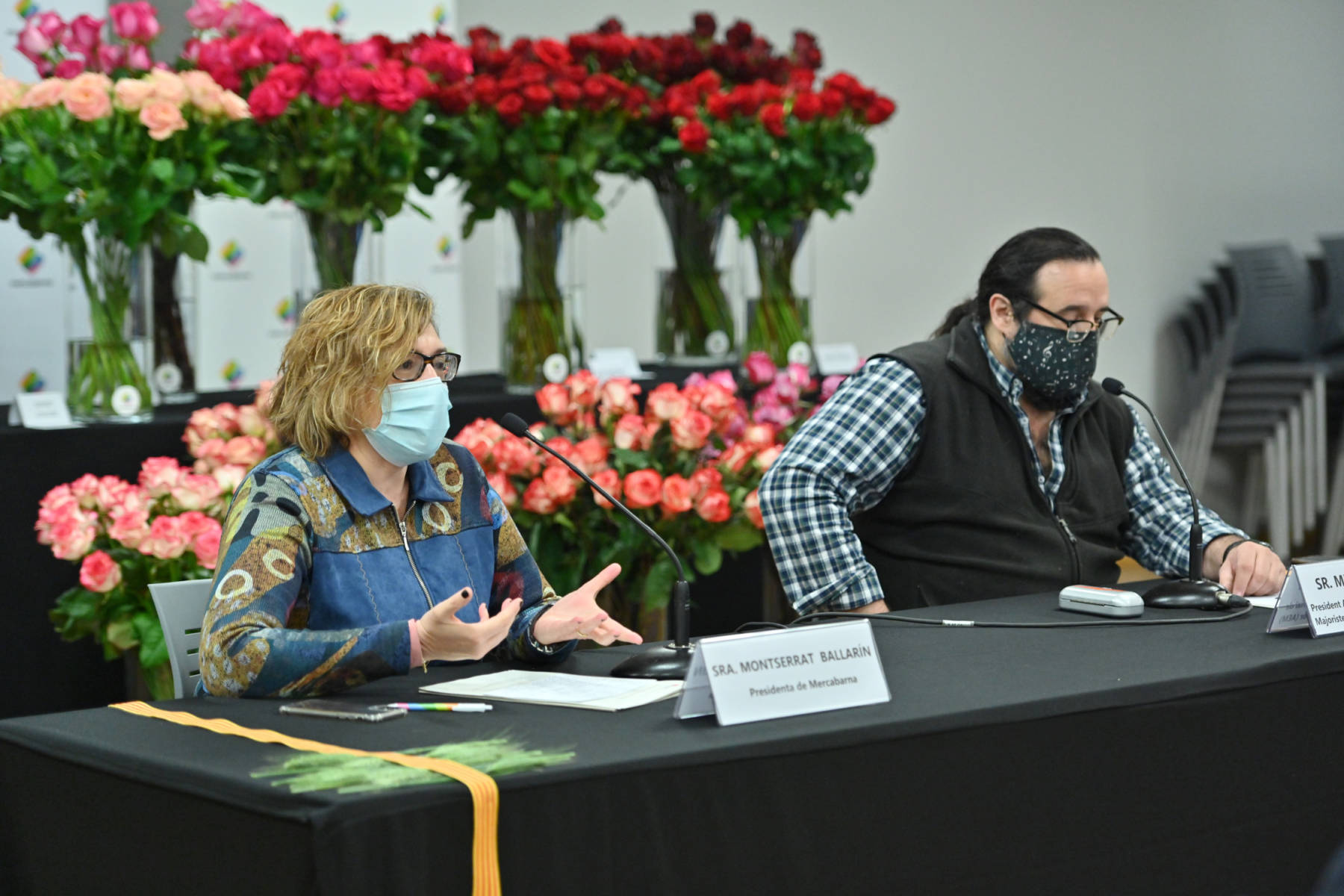 SAN BOI DE LLOBREGAT, Spain: The inhabitants of Spain’s autonomous region, Catalonia, are gearing up for their most important floral holiday of the year – La Diada de Sant Jordi on 23 April. A limited number of selling points and scarcity of the popular ‘Freedom’ rose from Colombia and Ecuador are already sure to impact this year’s rose sales.

The Catalonian hearts-and-flowers celebration of Sant Jordi will fall on a Friday this year, offering consumers more time to shop. Two days ahead of the holiday, Mercabarna-flor provided a state of the trade address during a press luncheon at their premises in San Boi de LLobregat, near Barcelona.

Mercabarna-flor, the floral division of the giant Mercabarna wholesale market, has just released its latest forecast which predicts some 4.2 million roses will be sold across the region in celebration of Sant Jordi (also known as Saint George’s Day), 40 per cent down from 2019, when Sant Jordi managed to secure the sales of more than seven million roses.

The president of Mercabarna and councillor for Trade, Markets, Consumption, Local Regime and Finance, Ms Montserrat Ballarín, provided more context to these figures. She explained that this year Sant Jordi will be celebrated over three days between 21-23 April, with only flower professionals authorised to run flower stalls in the street. Therefore, the 2021 Sant Jordi celebrations will mark the absence of many rose stalls run by charities. Under normal circumstances, these occasional sales points tend to increase rose sales as they drive impulse purchases.

Under lockdown, the government urged Spanish florists more than once to close their shops. The fact that they have now been granted exclusivity in rose sales will help them recover a portion of the income they have lost since the outbreak of the pandemic. However, limitations in commercial space, warehousing and logistics and a scarcity of roses mean that they will not absorb all the demand. 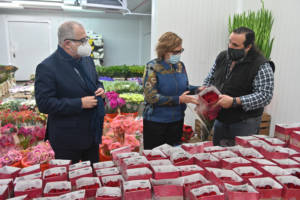 On a positive note, Mercabarna sees an ongoing trend among employers who want to offer their workers a floral gift as a token of appreciation in these trying times, even if working from home complicates this initiative.

Under normal circumstances, occupying pride of place at Mercabarna are the ‘Freedom’ and ‘Grand Prix’ roses from Colombia and Ecuador and ‘Red Naomi’ from the Netherlands and Colombia.

But things are different this year. Currently, there is a lack of ‘Freedom’ roses as this variety is enjoying strong demand in the US market, where industry professionals anticipate that this year’s boom during Valentine’s Day will repeat itself in the run-up to Mother’s Day. This country’s seller’s market is already pre-booking these South American red roses.

Also influencing sales are weather conditions in Colombia and Ecuador over the last two months, with heavy rains impacting production levels. There are fewer regular flights from these countries due to the Covid-19 crisis, and air freight is much more expensive than usual. These factors combined will cause a cut rose price hike of 10 per cent.

There will continue to be a tendency to give roses that we could call ‘garden roses’, with a giant bud, velvety petals and colours with a vintage feel, as well as miniature roses. Longer-lasting freeze-dried roses will also take up a small part of the market.

White ‘Mundial’ and ‘Dolomiti’ roses from Ecuador and Holland will also be available to thank health workers for their work during the pandemic.

In addition to the traditional arrangements, on this Saint George’s Day, keen observers will spot a clear trend for roses with a natural look, featuring earth and cream colours and spiced up with deco materials such as bark, wood, reeds, sackcloth or raffia.

La Diada de Sant Jordi on 23 April celebrates Saint George or Sant Jordi in Catalan. Sant Jordi was a romantic and chivalrous guy. He also happens to be the patron saint of the six million inhabitants of Catalonia.

Known as ‘The Day of Lovers’, La Diada de Sant Jordi is often compared to Valentine’s Day, but with some uniquely Latin twist. The main event is exchanging gifts between lovers; men give their ‘novias’ roses while women give their ‘novios’ a book to celebrate the occasion. Roses are associated with this day since medieval times.