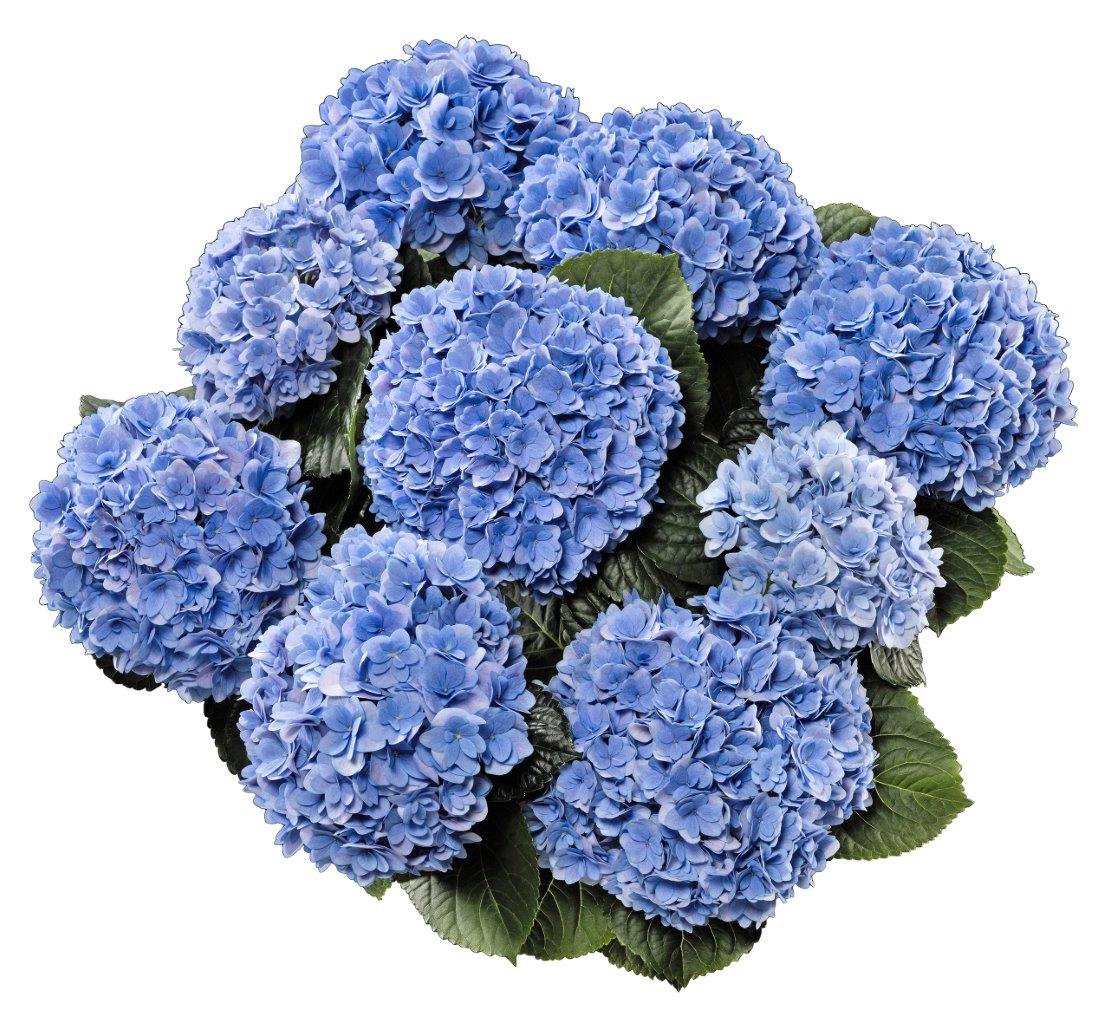 Boring, conservative and not very exciting. That is how Len Vander Lugt describes the North American market for hydrangeas some twelve years ago. A visiting sales representative mentioned to the owner of Aldershot Greenhouses in Ontario, Canada, that his greenhouses in Burlington and Waterdown would be ideal for growing hydrangeas. However, his first introduction to the hydrangea market failed to raise much enthusiasm.

The focus at the time was on garden hydrangeas and old varieties dominated. “Hydrangeas were all blue, the stems were long and limp and they displayed no more than three flower heads,”, says Vander Lugt. Reason for him to look for something else.

Through the German grower Josef Heuger of the company of the same name in Glandorf, he discovered the hydrangeas marketed by the Dutch/German Hydrangea Breeders Association (HBA). Vander Lugt adds, “I was completely surprised by the compact growth of the different varieties, the excellent branching habit, the many colours, the variation in flower shapes, the sheer versatility of the many options.”

The Canadian grower decided to start testing and planted Early® Blue first. The aim was to bring this hydrangea to the consumer market as an end product. A little later, the HBA varieties Pink Beauty, Pink Sensation, First White, and White Spirit followed.

However, growing such a new crop wasn’t a smooth process to start with, says Vander Lugt: “In the beginning we did everything wrong. Fortunately, Josef Heuger often came to Canada to share his knowledge.”

Vander Lugt also travelled to Germany at least two to three times a year to visit the Heuger nursery and to watch and learn from hydrangea specialist Thomas Becker from Kötterheinrich. From being a producer of fully finished plants, Aldershot developed over the years into a supplier of pre-finished hydrangeas to growers in Canada and the USA. “And we now have so much experience and knowledge, we can also advise these customers ourselves.”

Aldershot made a good start with Early Blue, as the variety turned out to be very popular with growers. Vander Lugt knows from experience that sometimes it is difficult to convince growers to pick up on a new product. “Growers like to stick to what they already know. But they hardly needed convincing as Early Blue is such an easy, compact grower with an abundance of beautiful flowers that also blooms very evenly. Everybody wants it,” he says.

He mentions Jip as the new game changer on the US market as it features a striking, non-fading- bright blue colour and improved shelf life. Vander Lugt also names Felina (pictured), Florentina, Double Pink and the dark-colored Velvet Beauty, four new offerings in HBA’s new Legend series. “The bicolor Velvet Beauty with its dark red and green shades is a bit deeper in colour. I think it will be a huge hit with consumers in the fall,” he thinks aloud. “The forceable paniculata that HBA recently introduced is suitable for the cold winters that Canada has to deal with. There are so many exciting, novel varieties,” says Vander Lugt who will showcasea a number novelties at the forthcoming Cultivate’19 show, the horticultural trade fair in Columbus, Ohio. “The new varieties we will be displaying at Cultivate’19 have been subjected to the mandatory quarantine period and have been thoroughly tested at our nursery,” he says.

Vander Lugt concludes by saying that innovation is necessary to meet the changing needs of consumers. “The hydrangea market in Canada and the US is still growing. I want to offer growers hydrangeas that are also purchased at times apart from Mother’s Day or Easter.

The Vander Lugt family has been running an ornamental plant business in South Ontario, Canada since 1954. Len Vander Lugt has owned and operated Aldershot Greenhouses since 1990. He grows various pot plants including potted roses, potted chrysanthemums (Mums) and since 2000 hydrangeas (only HBA varieties). Hydrangeas are marketed as cuttings, semi-finished plants and as end products on the Canadian and North American market.

Aldershot Greenhouses is a family business; son Aaron Vander Lugt joined the company in 2009 and has been general manager since 2015. Duane Vander Lugt started as inventory & procurement manager in 2016.

The team of Aldershot Greenhouses would be happy to welcome you to our stand  2903 at Cultivate Ohio (July 13-16, 2019, Greater Columbus Convention Centre www.cultivate19.org)