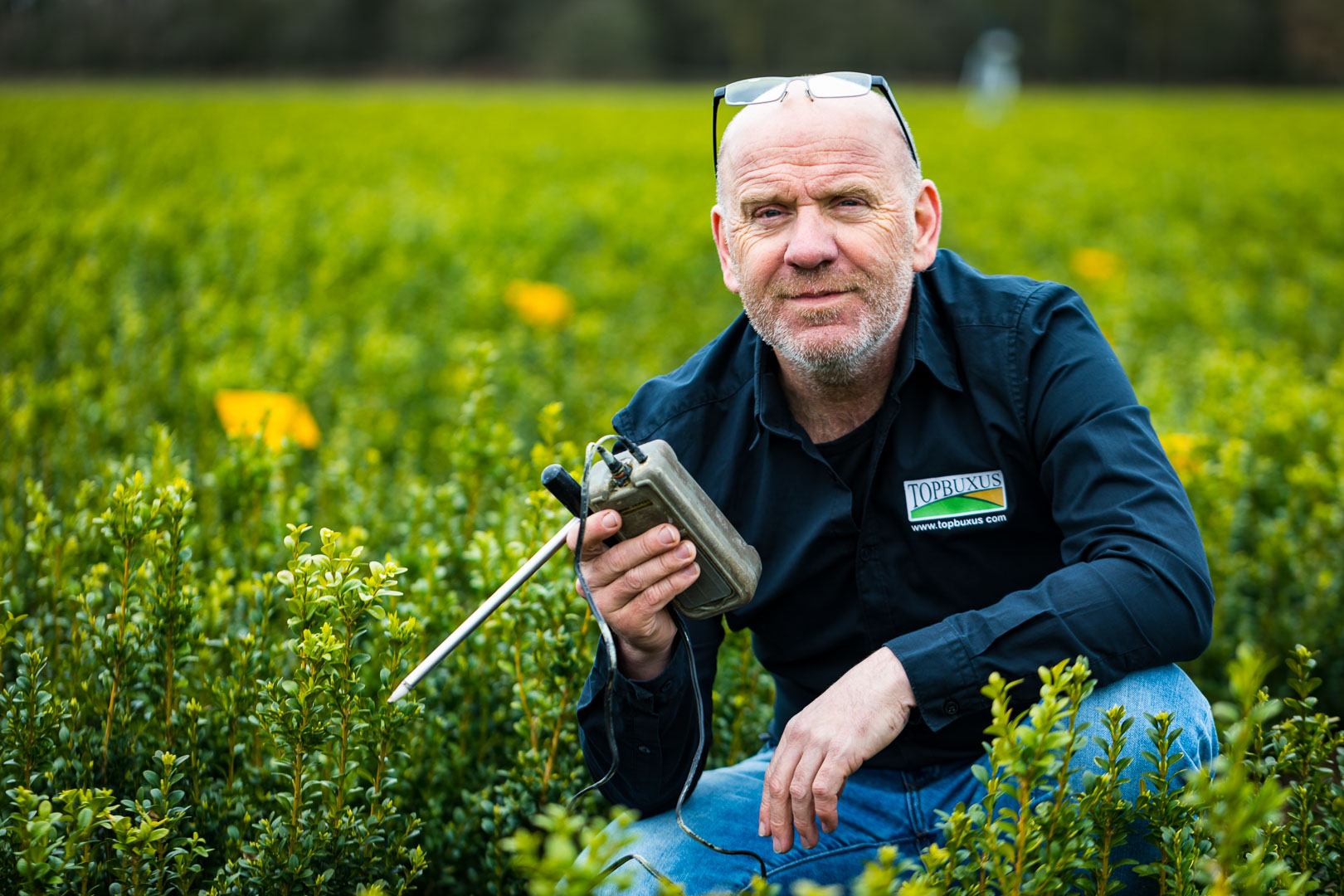 Buxus grower Adrie van Dun from Topbuxus (Strijbeek) is a natural person in heart and soul. He’s been working in horticulture for 30 years and has never regretted one day of his career. Now he is the largest buxus grower in the Netherlands. And as a visionary with an eye on the future, he has introduced a natural agent on the market that can prevent fungal infections, the worst plague. With this effervescent tablet, the quality of the buxus improves considerably.

In 1987 Adrie started a buxus nursery covering 2 ha (it has since grown to 50 ha). Innovation is a constantly recurring theme in his career. “We quickly introduced a uniform plant on the market, with thicker branches. Our emphasis on three years of cultivation before marketing distinguished us from the rest of the growers, who cultivated for two years,” explained Adrie.

It was definitely an exciting choice because he was the only grower in the Netherlands who thought of doing that. “We did not survey the market to see whether it was a promising possibility, and it was of course a large investment because of the extra year of cultivation. In the first year we sold 50,000 plants and within five years we reached 5 million plants. There was so much demand, our customer base just kept growing.”

How did Adrie come up with the idea of marketing a natural fungicide for buxus? “In 2008 the crisis in buxus was advancing as more and more fungal infections were appearing. This really dented our image. There was widespread panic that the buxus would rot away. I wanted to help out, so I took the plunge and started working on a product for consumers that would keep the buxus healthy. Quality is everything! No artificial pesticide but a natural agent. Together with Wageningen University we created this agent, a fertiliser in an effervescent tablet, which was tested on several varieties of buxus.” The product burns the fungal spores with water. After two weeks the result is evident. “It’s like sparkling water,” joked Adrie.

Available from garden centres and retail

The target group for the agent consists of consumers and professional gardeners in the Netherlands, Germany and the UK –Topbuxus’ biggest markets. It went on sale in February 2017 at retail outlets and garden centres and this spring the agent will also be sold at the Royal FloraHolland auctions in Aalsmeer and Naaldwijk , the Netherlands.