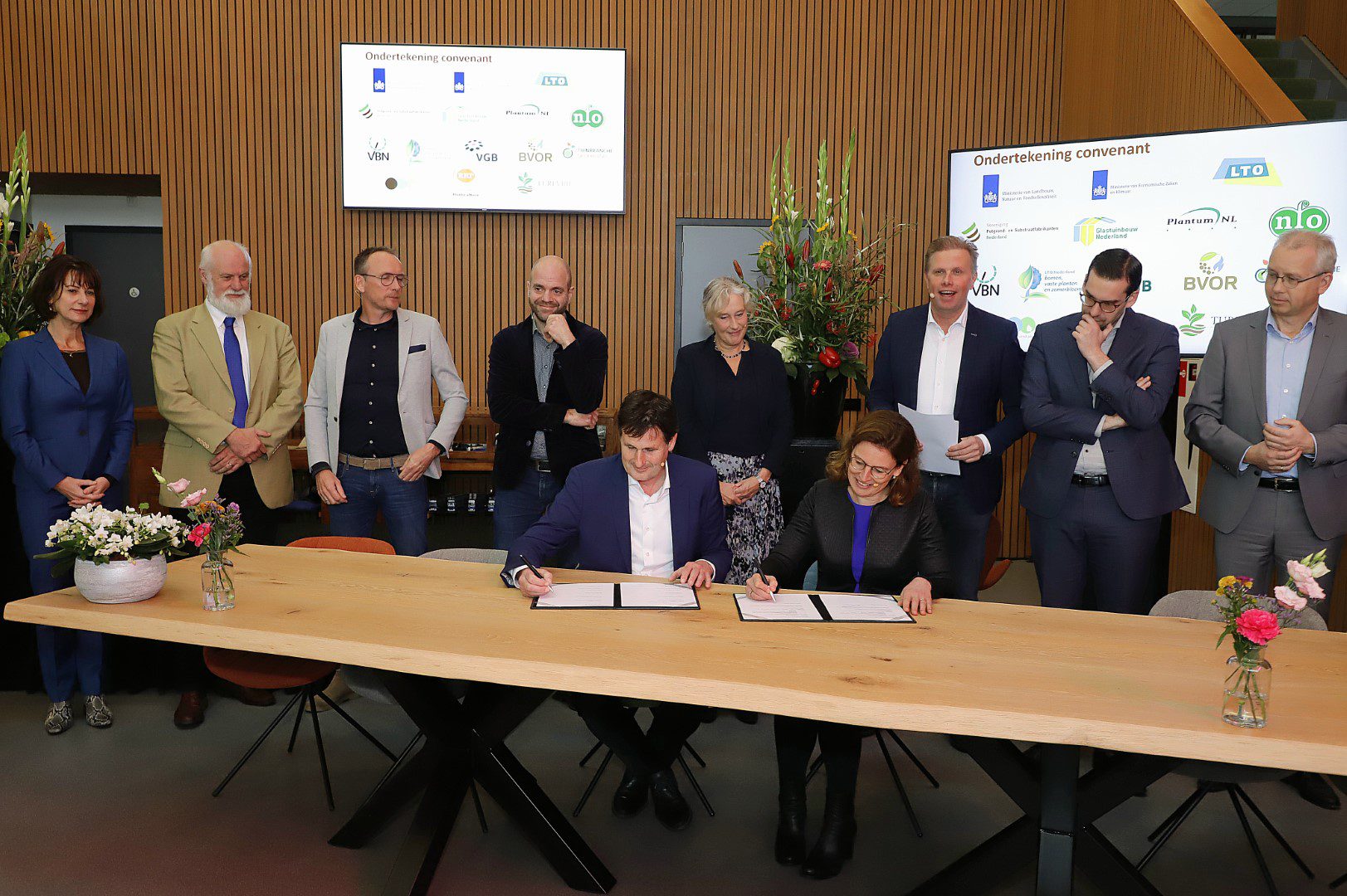 A broad Dutch coalition coordinated by the Dutch Association of Potting Soil and Substrates (VPN), including businesses, industry bodies, government, experts, NGOs, civil society and community groups, has set out measures to go further and faster to reduce the environmental impact of horticultural peat.

The move comes in response to a motion in the Lower House of the Dutch Parliament to end the sale of peat for consumer use and examine ways to reduce and possibly remove peat from professional horticulture. This motion, as proposed by Derk Boswijk and Laura Bromet, was signed on 8 July 2021 by 121 MPs.

What is the peat pact about?

The parties, which put their signatures to the covenant at Kekilla-BVB’s head office in De Lier on 18 November, agreed to accelerate the use of renewable raw materials, reuse substrates and enable responsible peat extraction. Additionally, a new campaign will inform members of the public about used raw materials and the environmental impact of potting soils.

The coalition announced a set of goals for 2025, 2030 and 2050. For 2025, the objective is to increase the use of renewable raw materials (on average, 35 per cent for peat in professional horticulture, 60 per cent for peat for consumer use) and to double the use of compost to 600,000 m. The coalition partners also agreed on using Responsibly Produced Peat (RPP-certified) only.

For 2050, the objective is to work only with substrates that do not have a negative environmental impact on the supply chain and are CO-neutral. The percentage of renewable raw materials must meet the 90 per cent target by then.

Circular agriculture at its best

In commenting on the covenant Esther Veldhuis, Director of Vegetable Agro-Chains at the Ministry of Agriculture, Nature and Food Quality, says: “This covenant proves that the horticulture sector wants to hold itself accountable.”
Ted Vollebregt, chairman of VPN, welcomes the covenant as it brings different value chain members together to shape a peat transition based on a shared vision.

The joint statement of industry bodies Glastuinbouw Nederland, LTO-Nederland, NFO and Plantum reads, “The composition of the substrate is crucial for the healthy growth of plants and growing mushrooms. Healthy growth, in turn, is the basis of plant resilience. A resilient plant can withstand pests and diseases more easily, a basic requirement for our growers. Peat suppliers face huge challenges in developing useful alternatives, while growers need to adapt their cultivation systems, including fertilisation and watering. The developments and possibilities of substrate alternatives vary per crop. For some crops, alternatives are not yet readily available in the upper layer when growing mushrooms.”

Philipp Gramlich of the Peat Free Foundation says: “The protection and restoration of peatlands are crucial for a liveable future for our children.”

The Dutch substrate sector comprises about 20 leading companies that together produce about 8 million m2 of potting soil and substrate per year, with peat as the main ingredient.

With an 80 per cent share, peat products are predominantly used in the professional market (food production, ornamental horticulture) and in the consumer market (20 per cent), where they sell as bagged potting soil.

This story was first featured in FloraCulture International in December 2022.