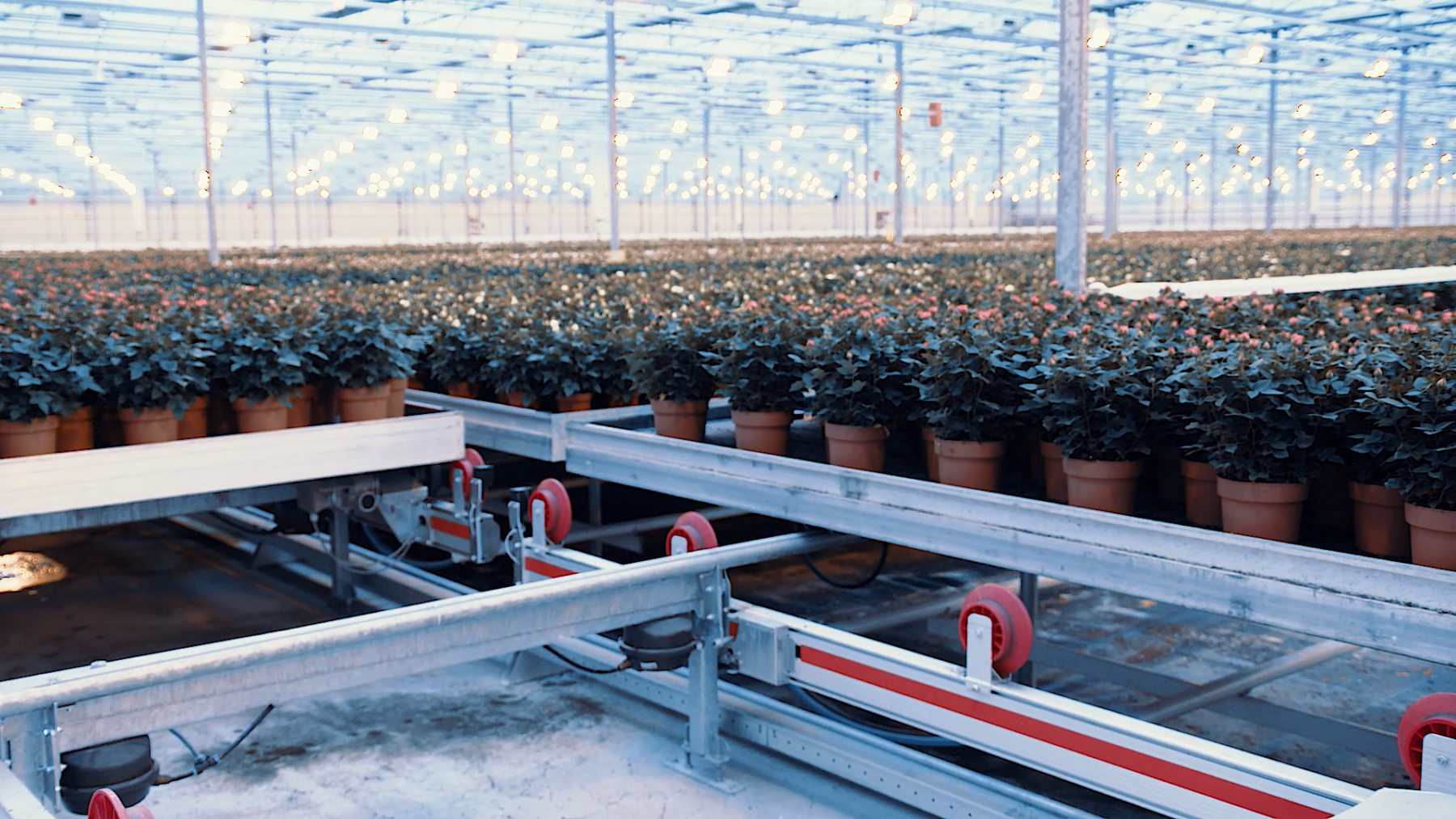 DE KWAKEL, Netherlands: In 2019 and 2020, Bosman Van Zaal expanded the existing cultivation system for miniature roses at HPD Potplanten in De Kwakel.  by 1,120 roll containers and at the same time modified the entire automation system, integrating the existing systems into the new automation system, which was specially designed for the pot rose grower based on the current technological possibilities. According to co-owner Herwin Boomkamp of HPD Potplanten, the software packages communicate excellently with each other and the process has been successful.

In a recently recorded video, Boomkamp talks about the process with supplier Bosman Van Zaal from Aalsmeer and the challenge that lay ahead. This was not so much about expanding the cultivation system itself, but mainly about linking all the existing systems by means of software, without ‘turning’ the processes upside down. The fact that the process was completed so successfully is mainly thanks to Bosman Van Zaal’s years of experience in the field of cultivation systems and the close cooperation with Crea-Tech, which specialises in automating the processing and packaging of horticultural products.

The cultivation system is equipped with water drainage and supply systems, lifting racks, roller conveyors, push-offs, pull-offs and flail tracks. Bosman Van Zaal also supplied and installed the overhead stacker, as well as the pick-up and depositing robot. The entire technical installation was also carried out by the horticultural specialist.

HPD Potplanten in De Kwakel is specialised in growing potted roses, which sell under the brand name Favourite Roses. The nursery covers an area of 85,000 m2 and annually grows 10 million pot roses in different colours for the European market. The company was founded in 1998 as a result of the cooperation between Kwekerij W. van Diemen and Hedera Plant.