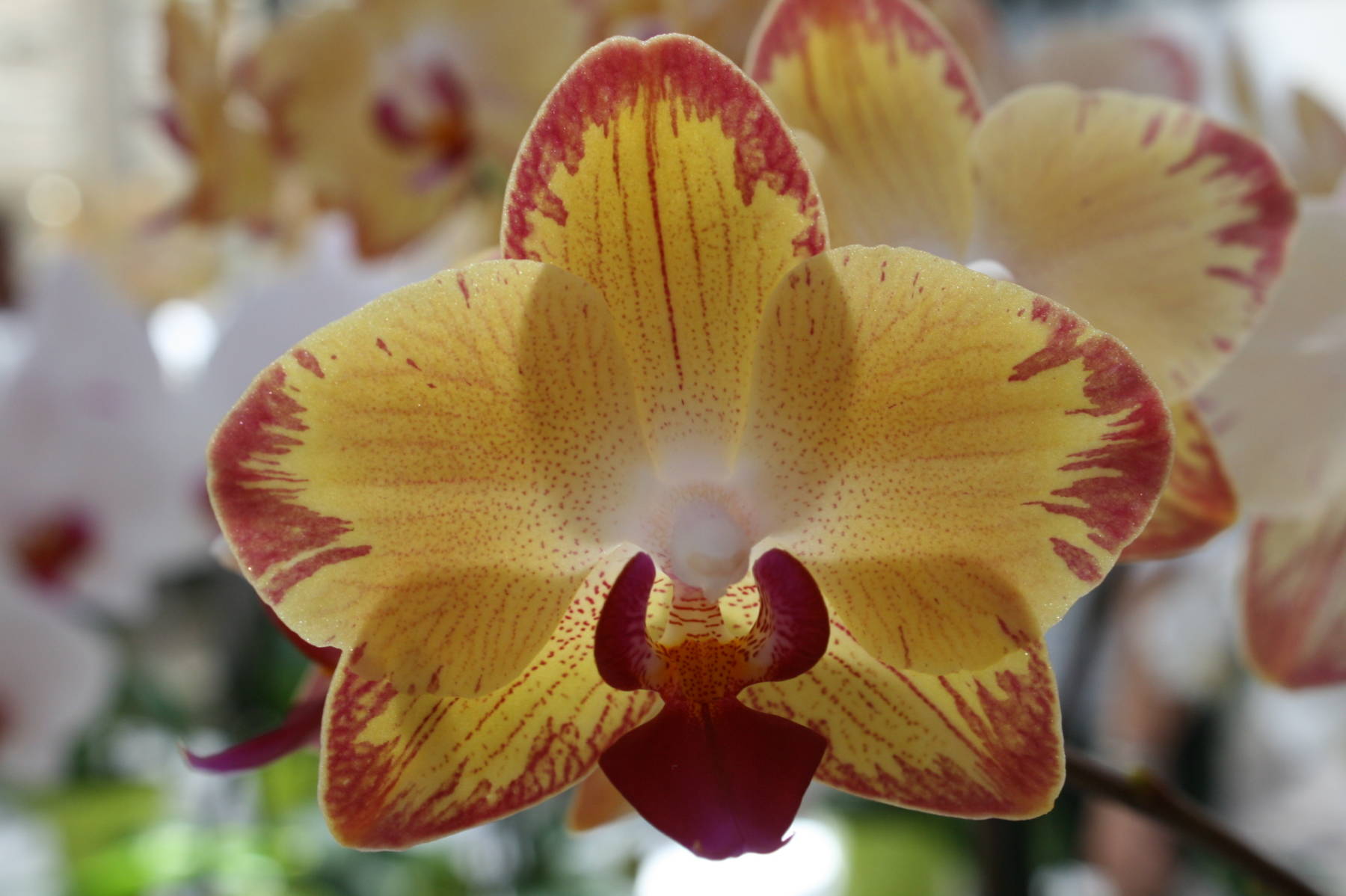 WORLD, News: Five years ago, less than 15 per cent of the world’s greenhouse crop area was lit but that’s expected to have doubled by 2025 with LED installations accounting for most of the increase. The trend is happening in high-value ornamentals such as orchids just as much as in other sectors, growers taking part in the Global Orchid Event webinar on 8 July heard.

“For example, in the Benelux region we expect 70 per cent of the 200ha of lit orchid production to be using LEDs by 2025,” said Menno Gobielje, Signify’s floriculture lighting specialist. “That will be split almost equally between installations using LEDs alone and those with LED and HPS hybrid set-ups.” The trend is similar in North America and Asia, he said.

While LEDs are now widely recognised as being more energy-efficient than HPS, Gobielje pointed out they also present greater opportunities for growers to manage both light intensity and spectrum to control and steer crops such as orchids.

The amount of light phalaenopsis requires – the daily light integral – depends on the growth stage, from between 3 and 5 mol per sq m as a young plant to as much as 8 mol in the flowering phase.

“LEDs offer the ability to vary light intensity by dimming, which is better than turning off a proportion of the lamps altogether because it maintains uniformity,” said Gobielje.

The optimum light spectrum also varies with the growth stage and with the grower’s objectives, he said, but research is continuing to refine our understanding of each crop’s needs. “For example, increasing the proportion of blue light during the cooling phase is known to increase the number of stems in vanda and dendrobium and trials are planned to see if it is also true for phalaenopsis,” he said.

“In the flowering phase, increasing the proportion of far-red light could speed up flowering – it has brought flowering forward by 5-10 days in trials.”

Gobielje said in the future more growers might opt for dynamically controllable lamps to take advantage of improvements in our understanding of the crop’s spectral requirements.

Arno Wartewig, who runs lighting installation consultancy Orance, said the dramatic gains in energy efficiency seen in LEDs in the last few years are close to plateauing as they approach the theoretical maximum. “Some growers ask if they should wait to invest until LEDs become more efficient but I think the right time is now,” he said.

“There will be small further efficiency gains but the big developments will come in how you control light quality, and in our knowledge about what light quality is right for different crops.”

With just five main players left supplying HPS, he believes the future for greenhouse lighting is in LEDs, even though many growers will start by introducing them in a hybrid set-up. He warned growers to choose their supplier carefully, however.

Of the 60 or so LED suppliers involved in GreenTech last year, Wartewig predicted 40 are unlikely to be active in a few years’ time but would be replaced by others entering the market. “While almost everyone uses the same Osram LED chips, there are huge differences in lamp design, in how they are cooled, whether or not they have a lens and what type of lens, and how the lamp design and its engineering components contribute to efficiency and longevity,” he said.

“Many companies offering lamps to growers have no expertise in or understanding of the greenhouse environment and that’s where a lot of mistakes are made. A lamp designed for a warehouse will fail in a greenhouse.” For instance, its ability to resist water and corrosive gases, along with its cooling system, is critical to its performance.

Growers should also question how the installation layout would achieve a uniform light distribution across the crop.

Wartewig added: “As well as asking a company what expertise it has in greenhouse lighting you also want to know how secure it is in the long term. You’re investing a lot of money and you need to be confident it will be there in future to support you with backup.”

While LED lighting is fast finding a place in orchid production, as in many other greenhouse crops, another technology is emerging to give growers the ability to make sounder decisions based on insights collected about the state of their crops.

For instance, images of plants in a greenhouse captured by cameras carried on a drone can be analysed by computer software to report on aspects such as leaf area; stem, bud and flower numbers; and flower diameter. “More and better information about crop growth supports more sustainable production,” said Frans-Peter Dechering, co-founder of Corvus Drones of the Netherlands. “It’s all about relieving crop managers and achieving better crop control.”

He said his company already had drones at work measuring the germination of seedlings, and monitoring their growth, in plant propagation, to eliminate manual counting. The data is presented as simple graphs for each tray or batch.

Options to assess the progress of phalaenopsis could include leaf width and length, and bud development on the spike, he said. Other functions in future will include early detection of stress and pest or disease attack. These both depend on multispectral cameras, which Corvus will trial in the autumn.

One drone can patrol an area of about 5ha, he said, although it depends on what you want to monitor; how often you fly depends on how fast the crop is growing.

Corvus’s first drones will be launched later this year and operated on a service basis. “It will arrive in a box and no special training is needed,” said Dechering. “We are doing our best to reduce complexity.”

Dutch company Gearbox Innovations also offers ways to collect data about different crop characteristics, such as real-time monitoring of growth or the size and quality of the harvested product. One of their robots, the GearRover ‘harvest assistant’, has gone a step further by using that information to help, for instance, cut flower growers take only the stems ready for harvest. The self-propelled trolley with overhead cameras stops at a flower that has reached the target maturity, indicating to the harvest worker which it is with laser light. “It does it very consistently,” said CEO Simone Keijzer. “It’s a challenge [for growers] to teach personnel what is the right quality, as it can be subjective.”

The data the GearRover gathers about the crop while it’s working also aids stock control in terms of quality, growth stages and what’s most likely to be ‘ready tomorrow,’ she said, adding: “That makes it very valuable.”

The company chose to introduce robotics as ‘co-workers’ initially as a way of getting growers and staff to trust the technology but is simultaneously working on autonomous robots as well.