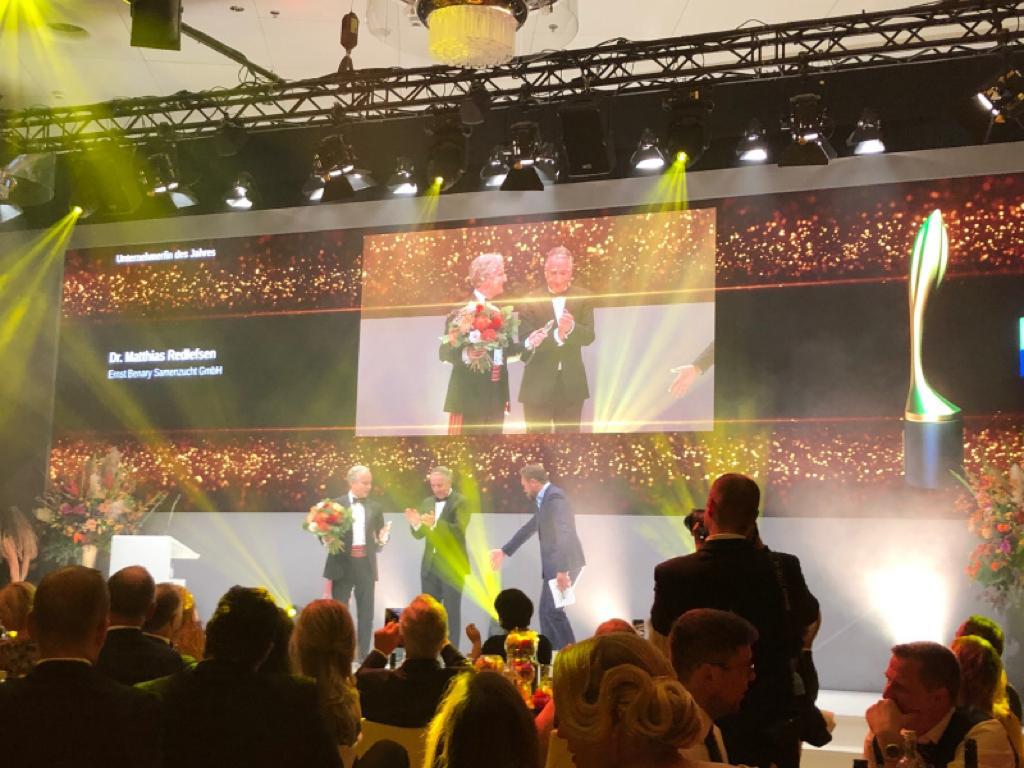 BERLIN, Germany: The Taspo Awards is an annual event celebrating and recognising inspirational entrepreneurs from the world of ornamental horticulture.  It was a big night for Matthias Redlefsen, managing director of Ernst Benary Samenzucht GmbH, who was honoured with the Taspo Gold Entrepreneur of the Year Award at a glitzy award ceremony in Berlin’s Grand Hyatt on Friday October 25th, 2019.

In accepting his award Redlefsen pointed to the positive power of the company’s products and invited the entire industry to make use of that competitive advantage.

Klaudia Benary-Redlefsen, Nick tenPas, co-managing director of Benary as well as Nick’s wife Mei Lie Tan, were present to congratulate Matthias for receiving the coveted award. Taspo’s annual Gold Award recognises entrepreneurs who, with vision and courage, excel in the industry.  Nominees are not able to apply for this award but are selected by a panel of expert judges who primarily focus on the personality of potential winners. The jury awards people, ideas and concepts in 18 different categories relating to new milestones in products, companies, marketing and management.

*  All Benary locations have been certified by Global GAP since 2017.

generated outside of Europe.

majority of all Benaryans work outside Europe.

in theory more than one flower for every person on earth!