Belgium’s green industry version of the Oscars presented at Florall 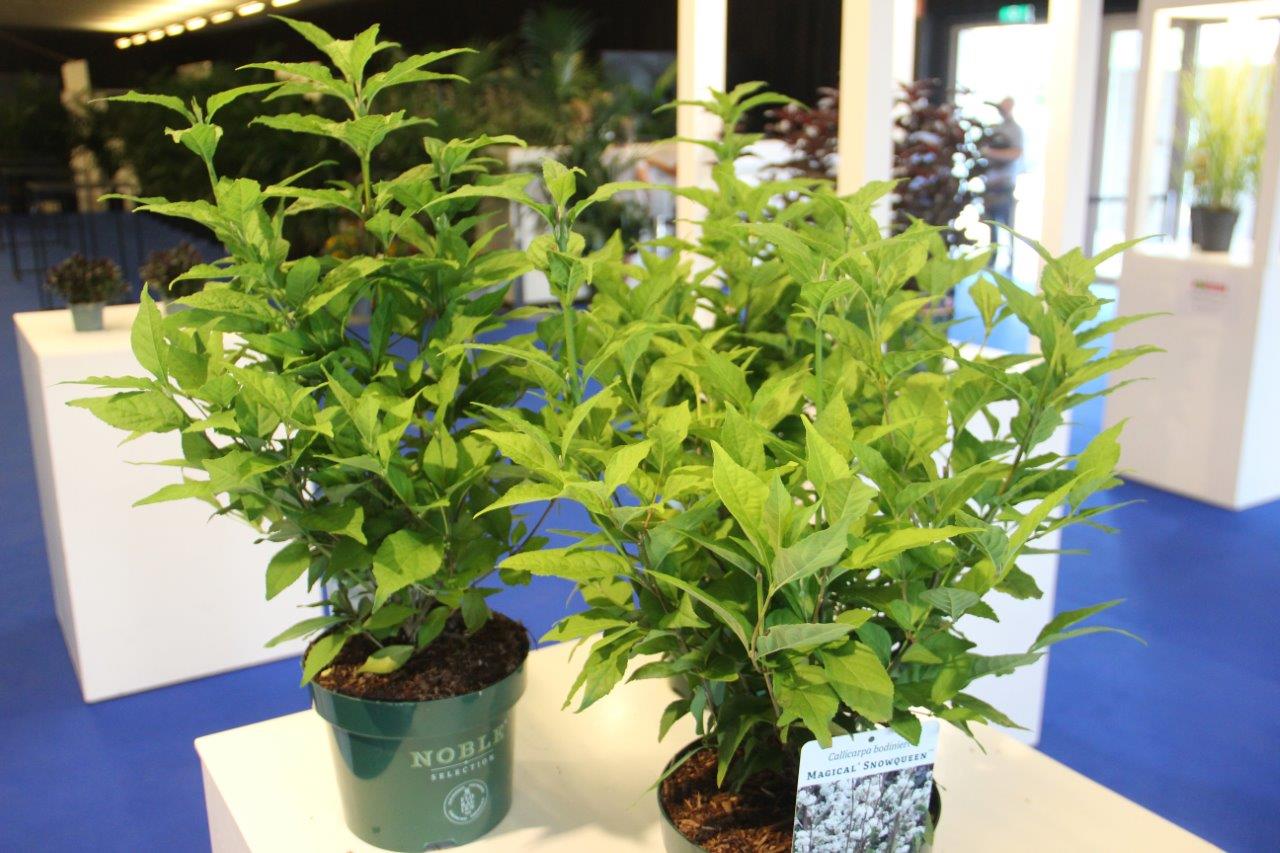 WAREGEM, Belgium: After a break due to the pandemic, Belgium’s premier horticultural trade show Florall was back in Waregem Expo on Tuesday 24 August. True to tradition a panel of expert judges voted for the best growers, the smartest merchandising concepts and the most spectacular breeding breakthroughs. Wholesale plant nursery De Nolf from Waregem won Florall’s Gold Trophy for its Callicarpa bodinieri ‘Magical Snowqueen’. The Florall Awards are known for being Belgium’s green industry’s version of the Oscars.

This award-winning variety is a top shrub for the border. The judges praised its well-branched habit, healthy foliage and spectacular autumn colours. But its winter berries are probably its most outstanding feature. Birds dislike bitter taste so the shrub puts on a wonderful show all throughout the winter. An absolute first is that Magical Snowqueen’s berries are completely white, whereas most C. bodinieri’s have purple berries. This also gives them opportunities for interior decoration and even to use some winter twigs in their own flower arrangements. Cortaderia ‘Tiny Pampa’ makes every border or patio look pretty. The plant has a compact habit and is perfectly hardy. The jury praised the plant’s decorative foliage and flowers, which are very attractive even when they are not yet opened.

Finally, there was a Bronze Trophy for  Echinacea ‘SunSeekers Apple Green’ from Zwevezele-based DS Plant. The SunSeekers collection is a synonym for a compact and well-branched plant habit and sturdy stems. An absolute bonus is the semi-double flowers that somewhat resembles a gerbera. ‘SunSeekers Apple Green’ flowers from July to October and is hardy. The jury referenced its gorgeous white-green colour, which is somewhat reminiscent of a chicory plant that received too much light.

The jury of the Florall Awards consists of: