Battle of blooms continues in France 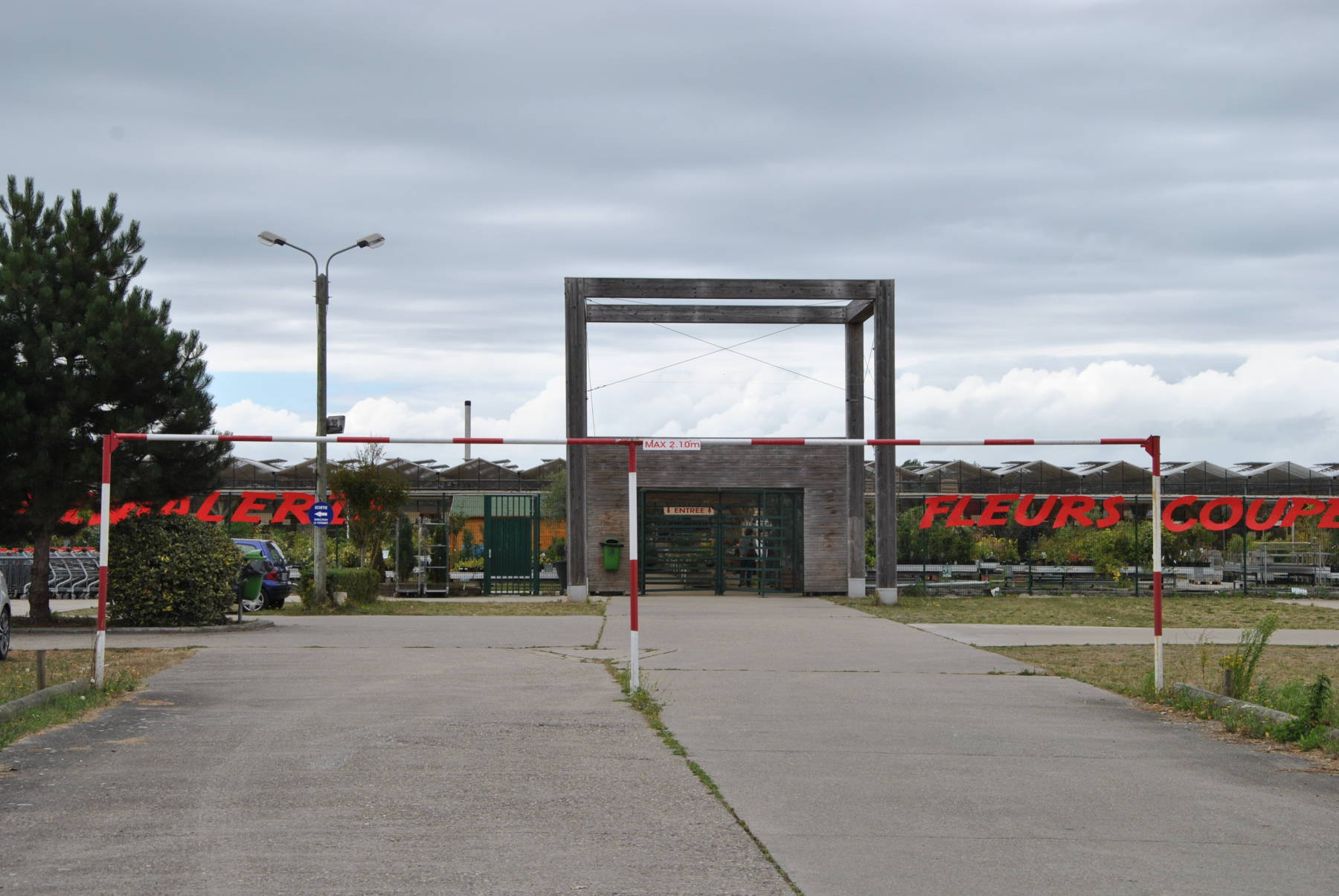 PARIS, France: Being part of the French ornamental horticulture is not easy these days with many confusing orders, making it hard to see the proverbial forest for the trees.

Let us start with a timeline of events.

The morning of 26 October 2020 – The second wave of Covid-19 sweeps across France with much of the country facing new restrictions. Val’Hor, the umbrella organisation for ornamental horticulture in France (regrouping all trade unions from the ornamental sector, from growers to retailers, landscapers and florists), clearly sees the spectre of lockdowns reappearing. Just six days ahead of la Toussaint, a two-day holiday when flowers have an essential role to play in paying respect to the deceased ones, the association fears that the government once again will force garden centres and florists to close.

To turn the tide in the Élysée Palace, Val’Hor publishes the findings of its most recent La Toussaint market research. It finds that for La Toussaint, 25 per cent of the French buy flowers and plants worth a total of €186 million.

This total breaks down to the following market share:

La Toussaint is a firm favourite holiday to celebrate among French shoppers, and the most significant products bought for this occasion are Chrysanthemum (59 per cent), Cyclamen (eight per cent), rose (seven per cent), heather (six per cent) and pansies (six per cent).

The morning of 28 October 2020 – News has broken that President Macron will announce further Covid-19 restrictions. Early in the morning, Val’Hor President Mikaël Mercier makes the following statement, “The sector has managed to face the first wave of Covi-19. Our fellow citizens tell us that flowers and plants are essential to their daily lives. Garden centres, florists, flower growers have mobilised to provide a safe environment, concerning social distancing measures and hygiene protocols. They have all taken their responsibility in serving their customers, who at this time of year are eager to buy seasonal products such as trees, garden plants, fresh cut flowers and Christmas trees.”

The evening of 28 October – President Emmanuel Marcon announces in a TV address to the nation that, “We are overwhelmed by a second wave which we know will arguably be more difficult and deadly.”

The French leader imposed five weeks of stricter measures to curb a surge in Covid-19 cases, which French health authorities say is spiralling out of control.

The French will once again need an attestation, a signed document downloaded from the internet to leave home to do their essential shopping, seek medical attention, or use their daily one hour allocation of exercise.

The new measures come into force on Friday 30 October and will last until 1 December. Unlike the country’s first lockdown (between 16 March and 11 May 2020) schools will remain open. Non-essential services, however, will for the second time this year shut their doors and, at first sight and interpretation, this includes garden centres and florists.

The morning of 29 October– In defending the interests of more than 1,600 garden centres in France, the sector body Jardineries & Animaleries de France reacts to Macron’s speech.

They iterate that the closure of non-essential commerce does not apply to garden centres and that the government has no lawful grounds to once again force garden centres to cease their activities. The industry body references the recognition battle in spring which eventually ended on 1 April 2020 when the French government’s interministerial crisis committee ruled in favour that garden centres could reopen their doors. Jardineries & Animaleries de France’s official statement reads that ‘the committee’s decision provides jurisdiction’, based on which they are allowed to stay open.

Later than morning of 29 October 2020 – The President of the French florist association, Florent Moreau (Fédération Française des Artisans Fleuristes), signs a heartfelt letter to President Macron asking him to support the community of artisan florists, the segment of the industry most adversely impacted by the global health crisis.

Moreau writes his open letter on behalf of 30,000 deeply concerned member florists urging the President and his government to level the playing field between supermarkets, garden centres and florists. These words echo the frustration that sparked within the floristry community since the first lockdown when supermarkets and DIY stores continued to sell flowers and plants, while small florist shops had to remain closed.

Moreau highlights the benefits of the artisan florists: not only do they contribute largely to the French economy, but they also have a social role to play in city centres and villages. He stresses that florists usually do not get the massive footfall through the door as can be seen in supermarkets or other big retailers. As such, they can welcome their customers in a safer environment, complete with social distancing measures and hygiene protocols.

The afternoon of 29 October 2020 – Moreau’s letter is put to the post just three days ahead of the country’s second most crucial floral holiday, la Toussaint. His letter did not miss its goal; the same day Gabriel Attal, spokesman of the French government, announces in the studios of RTL that on All Saints’ Day and All Souls’ Day, the French will be allowed to pay duly respect to their beloved ones who have died. Contrary to all other non-essential commerce – florists will be allowed to stay open until Sunday evening 1 November. Cemeteries, but also parks and gardens will equally keep gates open.

The evening of 29 October 2020 – In talks with the press, the country’s PM Jean Castex details that all wholesale businesses and garden centres can stay open. Contrary to the first wave of Covid-19 when garden retailers were only allowed to open their pet food section, plant departments do not need to close.

The morning of 30 October 2020 – Benjamin Dejardin, President of Les Jardineries et Animaleries de France, reiterates the words of PM Castex, reconfirming that all garden centres will stay open without exemptions for specific departments.

The evening of 1 November 2020  – Making a surprising U-turn in policy in TF1’s evening news PM Castex says, that he ‘understands that the decision to prohibit corner shops from selling flowers while supermarkets can keep their floral departments  can be shocking.”

Addressing the florists earlier call for a level playing field and in a move to appease other small business owners, Castex orders large supermarkets (that is stores covering a larger area than 400m2) to close their non-essentials departments, and these include florals.

The afternoon of 2 November 2020 – In France’s leading horticultural media outlet JAF, Allonnes-based Bigot Fleurs sounds the alarm over Castex’ decision. Bigot Fleurs, run by third-generation brothers Nicolas and Jean-Philippe Bigot, is a greenhouse grower in the heart of France, forcing over 20 million hydroponic tulips and also specialising in imported roses from Kenya which are delivered straight to the depots of France’s hypermarkets. They say the PM’s decision makes them feel like a lamb tot the slaughter. They fear it will mark the end of France’s fresh cut flower sector, the segment of the industry badly hit in spring.

By closing non-essential aisles in supermarkets, the Bigot brothers argue, the government will not help florists gain one single extra penny. It will only lead to losses for the entire floriculture value chain, which is highly interdependent one of another.

Following their colossal loss of €13 million suffered in spring, the French flower growers anticipate another three million tulips and three million roses to be lost this November. As composting these ‘unwanted flowers’ in situ is too heart wrenching, Bigot announces that once again they will give their flowers away to health care professionals.

The afternoon of 3 November 2020 – Based on the government decree 2020 1331, which is  a modification of the decree of 29 October,  Les Jardineries et Animaleries de France announce the closure of the non-essentials aisles within French garden centres. The sector stipulates that non-essentials include fresh cut flowers, Christmas decorations, toys, books, and leisure clothing.