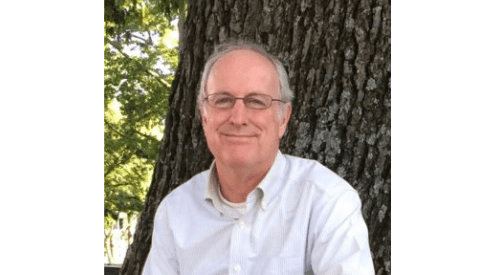 RESTON,  USA:  The National Wildlife Federation honoured Dr. Douglas Tallamy, the T. A. Baker Professor of Agriculture and Natural Resources in the Department of Entomology and Wildlife Ecology at the University of Delaware, for his dedication to helping individuals connect to their local ecosystem and understand the impact they can make with the land they steward.

“Native plant-by-native plant, acre-by-acre, Doug Tallamy is inspiring millions of Americans to restore essential wildlife habitat all across America. Doug has an unmatched ability to connect people with sound science and show how individual actions can restore ecosystems and the food web that all species depend upon,” said Collin O’Mara, president and CEO of the National Wildlife Federation. “Through his research and publications, teachings, and public outreach, Doug’s work studying insects shows us that sometimes helping the smallest species can have the biggest impact. He’s truly exemplified how we bring all people together to help wildlife thrive in our rapidly changing world.”

During his time at the University of Delaware, Tallamy has authored 106 research publications and has taught insect related courses for 41 years. Chief among his research goals is to better understand the many ways insects interact with plants and how such interactions determine the diversity of animal communities.

In addition to authoring numerous books and earning countless awards for his work, Tallamy also co-founded HOMEGROWN NATIONAL PARK ® with Michelle Alfandari as a grassroots call to action to restore biodiversity and ecosystem function by planting Native Plants and creating new ecological networks.

The National Conservation Leadership Award honors individuals for their sustained conservation commitment and leadership. Tallamy was honored during the National Wildlife Federation’s annual meeting and 86th anniversary celebration, which was held for the third time as a virtual event this year.

The National Wildlife Federation Conservation Achievement Awards began in 1966. Since then, the National Wildlife Federation has celebrated individuals and organizations that have made outstanding contributions to protecting wildlife through education, advocacy, communication and on-the-ground conservation. Previous honorees have included former Presidents Jimmy Carter and Bill Clinton, First Ladies Lady Bird Johnson and Michelle Obama, and other national leaders, including US. Sen. John McCain and filmmaker Robert Redford.