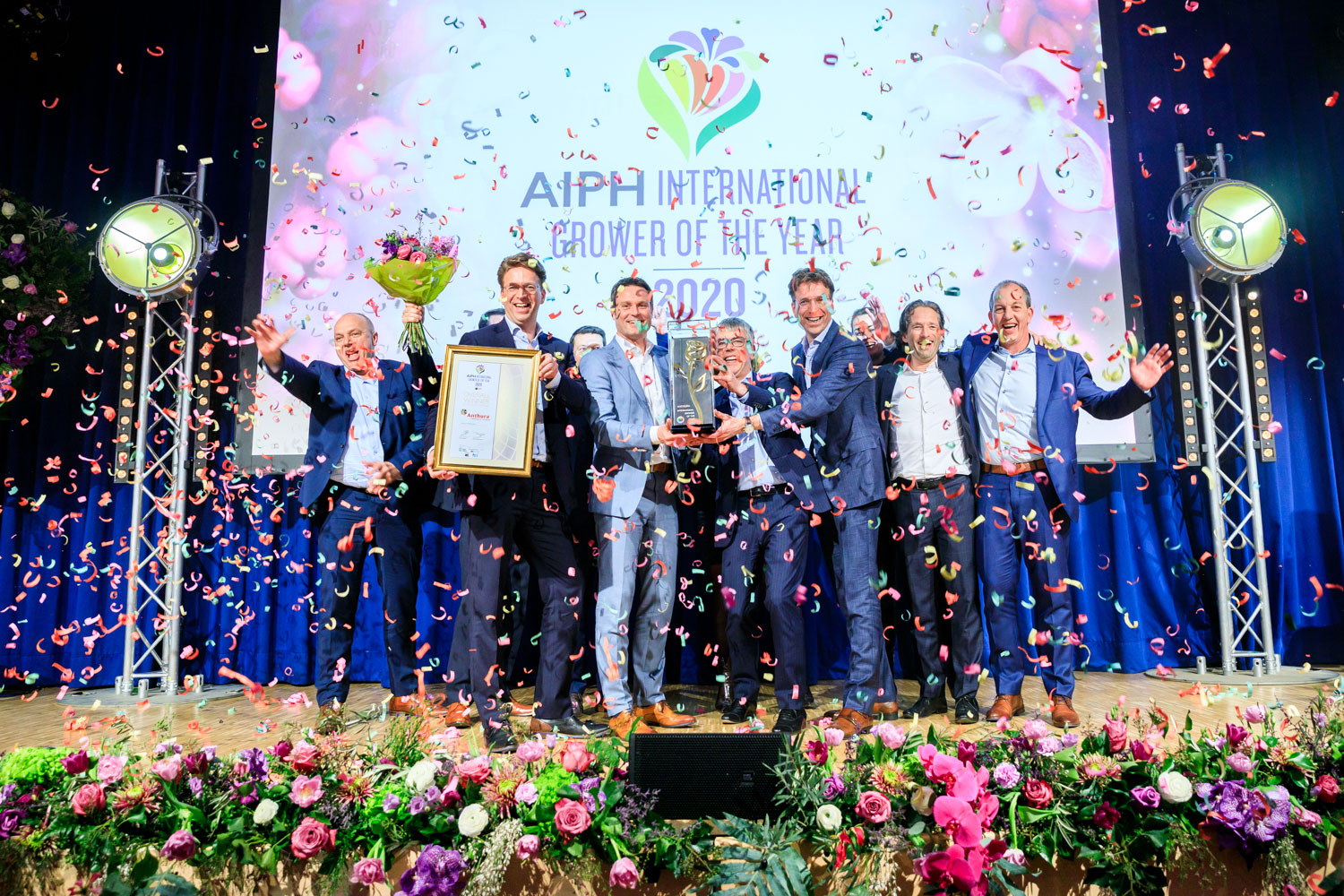 Anthura is winner of AIPH’s International Grower of the Year Award.

BLEISWIJK, Netherlands: Anthurium and Phalaenopsis breeder and propagator Anthura, winner of the 2019 AIPH International Grower of the Year Award, is in line for the prestigious King Willem I Awards.

The Bleiswijk based company is a finalist in the SME category of the King Willem I Awards and is proud to be shortlisted for yet another coveted prize.

On 9 January 2019 Anthura won the Dutch Horticultural Entrepreneur Award, the highest accolade in Dutch horticulture . This achievement automatically qualified the company for the 2020 AIPH International Growers of the Year Awards at IPM Essen where it was crowned the overall winner of the Gold Rose Award.

Every two years, the King Willem I Awards, celebrate outstanding achievement by Dutch businesses in the categories of innovation, excellence in entrepreneurship and sustainable development . The prize is named after Dutch King Willem (1772-1843). During his reign, the energetic Willem I, dubbed ‘King-Merchant’, focused on restoring the previously thriving economy of the Netherlands.  Today, the King Willem I Awards can count on royal recognition with Queen Máxima of the Netherlands being Honorary Chairman of the grand jury.