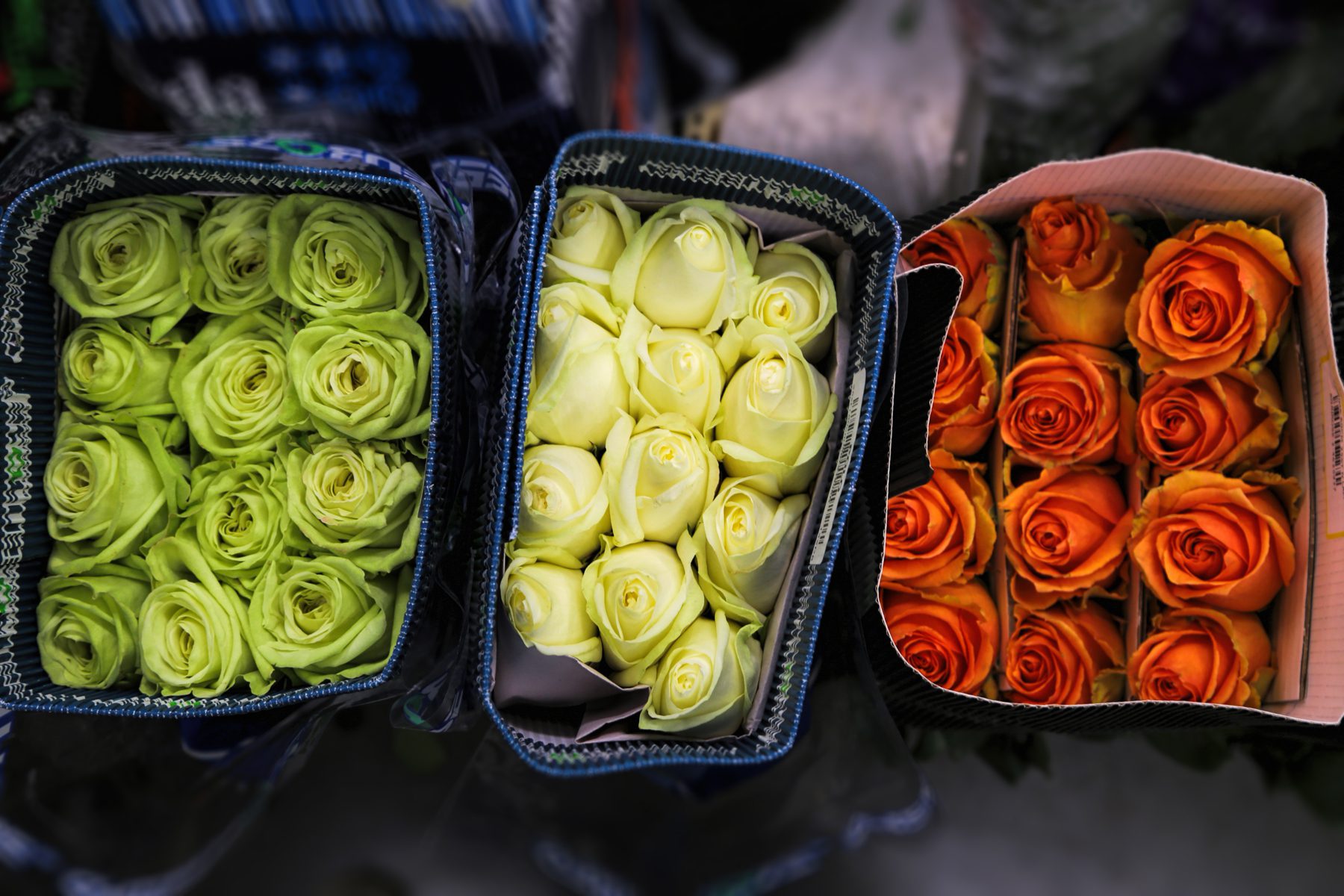 When a floral wholesale company has been around for 80 years and is thriving, you can be certain there’s a reason. In the case of Mayesh Wholesale Florist, there are actually many reasons.

The family-owned, Los Angeles-based company employees 360 full-time staff, many of them second and third generation members of the Dahlson family. Back in 1978, Roy and Gerrie Dahlson purchased the then-40 year old company from Jack Mayesh and have steadily expanded to include 17 branches and a stake in Flower Cargo, a cargo agency and handling facility based in Ecuador. Once flowers from South America arrive in Miami, Florida, Mayesh handles all transport thereon out. Approximately half of Mayesh’s flowers are sourced from South America, mainly Ecuador and Colombia. The other half are from the US and other countries known for their superior flowers such as the Netherlands. Mayesh sells in excess of 100 million stems per year. 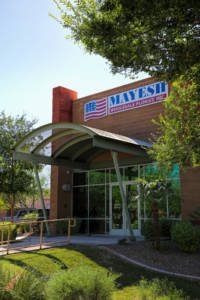 Being one of the top five floral wholesale companies in the US is a testament to the vision of CEO Pat Dahlson, Roy and Gerrie’s son, and his eight siblings. The company’s mission statement is “We take the extra step.” And indeed they do. Their commitment to quality is apparent in everything they do: from their close relationship with farms both at home and abroad until the moment their cut flowers are delivered to customers. To ensure the highest quality, all product is purchased directly at partner farms so that Mayesh can control not only quality but the entire cold chain. Dedicated trucks that make no other stops (and thus keep a constant temperature) are part of the process. Flowers remain in buckets continuously until their delivery rather than dry-packed in boxes as competitors do. Every step along the cold chain has been fine-tuned for optimal quality.

Consistency and quality are the hallmarks of Mayesh. Several years ago, the company introduced Luxe Blooms, high-end flowers from artisan growers. Barbara Montes, Sales Manager of the Phoenix, Arizona branch states, “We try to get the best product available from anywhere in the world so that we have a consistent offering to meet demand.” Luxe Blooms will often have unique grading or varieties that set them apart. FloraHolland provides Mayesh with the majority of flowers for this endeavour, including Astilbe and Astrantia. Other Luxe Blooms include Protea from Africa, Cymbidium from Holland most of the year and New Zealand in the summer and Ranunculus and Anemone which, depending on the time of year, come from either Holland, Japan, Chile or California.

Mayesh stays engaged with the larger horticulture community by being very active on social media. Besides visibility and a great way to showcase their flowers, social media also speaks to a new generation of millennials and younger florists. Their Instagram page has 50,000 followers and their YouTube videos have more than one million views. Another way to stay connected is the Design Star Workshop. Each year, one competitor is chosen as that year’s Design Star. They showcase their talents at weekend workshops throughout the year in select cities. The increased exposure often propels these Stars to new heights within the industry and the greater community. The goal of all of these endeavours is education. As Pat Dahlson states, “This is a great opportunity to promote the industry” and educate the public about the importance of flowers in daily life. Showcasing their beauty, versatility and meaning is in Mayesh’s DNA. 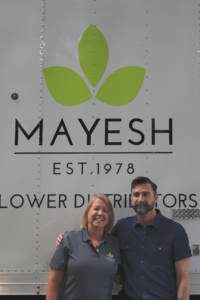 Each year Mayesh works with the Memorial Day Foundation in the US to honor military veterans. Mayesh partners with a corporate sponsor and send tens of thousands of flowers to veteran cemeteries throughout the country where volunteers help place flowers on the graves of military veterans. This year, CEO Pat Dahlson flew to Arlington Cemetery outside Washington, D.C., the resting place of many notable people including John F. Kennedy, to help distribute flowers and be part of the greater community.

On a daily basis, Mayesh is also actively involved in their local communities. In Phoenix, for example, two of their full-time employees are from a local organisation called Gompers which trains and finds employment for people with disabilities. The goal is to assist these workers attain the highest level of independence possible. Both employees work together in the warehouse and are well-respected. Per team member Krista Hamas they have “become such a valuable part of our staff.”

Mayesh is symbolic of many modern-day, success stories: though older and established they’re nimble and not afraid to dip their toes in new waters. Not willing to sacrifice quality or consistency, they are willing to experiment with new ideas and concepts. Pat mentioned that once supermarkets began selling flowers in the late 80s/early 90s, it had a direct effect on traditional bricks and mortar florists. Pat mentioned that new entrants in the world of cut flowers “are coming from the world of interior design and art. I believe these flower artists can be successful as owner operators. I think we will see retail shops and studios owned by this new breed. They have always been in the business, but there will be more.” As with prior changes, whatever the new model, be certain that Mayesh will thrive.