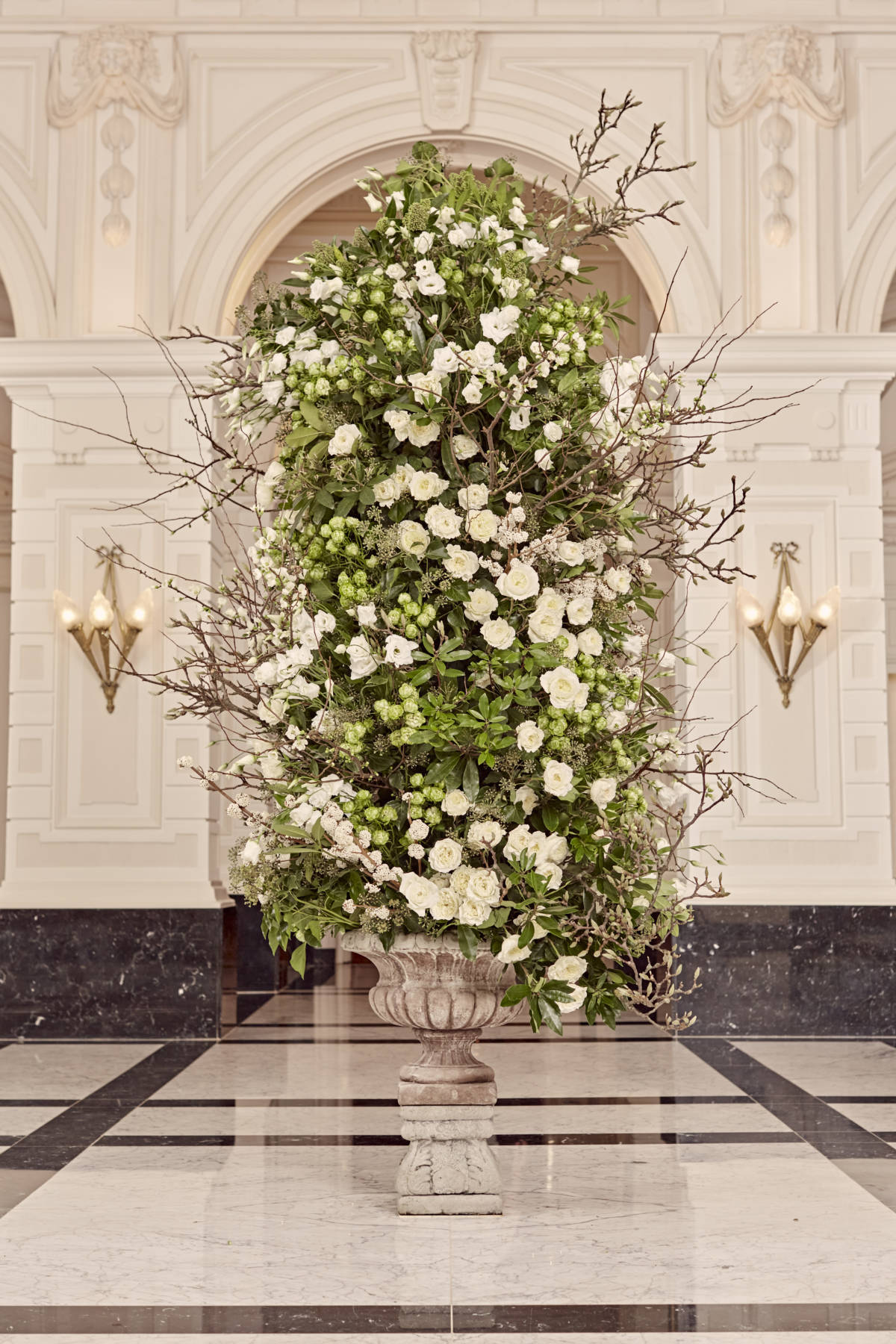 Dennis Kneepkens from the Netherlands scooped up the First Place in the Wedding Bouquet category.

Eleven members of EMC’s Core Educational Team, coming from different countries and backgrounds, all speaking the language of EMC nomenclature, Elements and Principles, eagerly took in the beauty of the farm, the vibrancy of Bogotá, and the history of rose growing in Colombia. The EMC Core Team consists of designers from Romania, Belgium, Switzerland and the United States who are event and wedding designers, freelancers and retail flower shop owners.

“The idea to organize our EMC team building with our partner is a testimony to the power of collaboration,” explained Tomas De Bruyne, the founder, CEO and a shareholder of EMC International bvba. “We, as well as Alexandra Farms, believe in the importance of bringing industry players closer together as we both share the same mission and values.”

“We are proud to work with the EMC group and support their mission to provide the highest level of education,” said Alexandra Farms’ founder and president Jose (Joey) R. Azout. “It was truly our honor to share our farm and our garden roses with them, and to work together this week.”

On the first day of the trip, Azout and his team at Alexandra Farms treated the EMC group to a tour of the grower’s greenhouses. The first stop was the new variety block where unreleased varieties are grown and tested for possible future release to the commercial market. Azout encouraged each team member to pick their favourite test variety, and then the group discussed the qualities they liked about each rose.

The guests spent the next couple of hours touring other greenhouses, including the block where the David Austin English Garden Rose varieties are grown, and the production area, where the garden roses are packed for shipment throughout the world. “We started with just seven varieties,” explained Azout. “We were the first to see the David Austin varieties in the Southern Hemisphere.” More than 60 different varieties are now grown at Alexandra Farms, and the EMC team was able to view them all.

The group quietly and enthusiastically soaked in the experience. “It was like there was a reverence for the rose as we walked within the greenhouses,” said Christi Lopez AIFD EMC, shareholder and business manager of EMC International bvba.

At the end of the tour, the EMC group sat down to view dozens of varieties that the farm is testing for possible future release. “These roses are not available yet for the commercial market,” said Azout. “We want feedback. This is how we learn. We need to see what the designers feel is sellable for both events and retail.” The group and a small team from Alexandra Farms discussed petal count, colour, texture and uniqueness of the petals within the context of design and ability to fulfill a need in the market.

The next two days were spent on team building in an open-air classroom at Alexandra Farms. Surrounded by vases full of 1,200 garden roses cultivated at the farm, the international designers drew inspiration from their surroundings while implementing the knowledge gained during theory and practical exercises. The garden roses were incorporated into individual designs created by the EMC team members during the two days.

The highlight of the trip took place on day three of the Alexandra Farms experience. De Bruyne designed an exquisite floral structure using a fountain in the farm’s outdoor garden as the base, and the EMC team worked together to bring his design to life, using more than 500 pastel-colored garden roses grown at Alexandra Farms. The design was transformed into an emotional expression when 150 locally cultivated, brilliant orange and cobalt blue-colored live monarch butterflies were released onto the design. Workers from the farm gathered alongside the designers to witness the moment, which captivated the entire group.

“When I designed the fountain, I wanted the designers, growers and even those in the production process who came to watch us build this design to experience the garden roses and to really discover their potential,” said De Bruyne. “Thanks to Joey for adding the butterflies, which gave the design a special dimension and created an unforgettable memory for all of us.”

“For one brief moment, we were one with nature,” shared EMC Project Manager Julia Marie Schmitt AIFD EMC. “The butterflies that landed on us and on the garden roses offered us and the entire Alexandra Farms family, for one brief moment, a priceless experience seemingly out of a fairytale. Our dreams came true thanks to the hospitality and the amazing wonderland of Alexandra Farms.”

Seeing the EMC team work together and freely share their knowledge with each other throughout the trip was inspiring for the Alexandra Farms team. “Every one of us has more to learn, no matter who we are,” said Azout. “This was an invaluable experience for everyone at Alexandra Farms and I believe for the EMC team. We’re grateful to have shared this time with them, and we look forward to continuing to learn, work and grow together.”

Alexandra Farms is the world’s largest grower of fresh cut garden roses, shipping more than 300,000 stems throughout the world each week. The company grows more than 60 varieties of garden roses at our farm outside of Bogotá, Colombia, high in the Andes Mountains. Its garden roses are hand-cut, hand-graded and hand-packed by caring, rose-loving people.

EMC is an internationally-acclaimed educational program run by the EMC Core Team of graduates led by International Belgium Master Tomas De Bruyne.  The EMC community strives to be strong contributors and influencers to the floral industry worldwide, and they provide a solid foundation for floral designers to thrive in their creative journey.