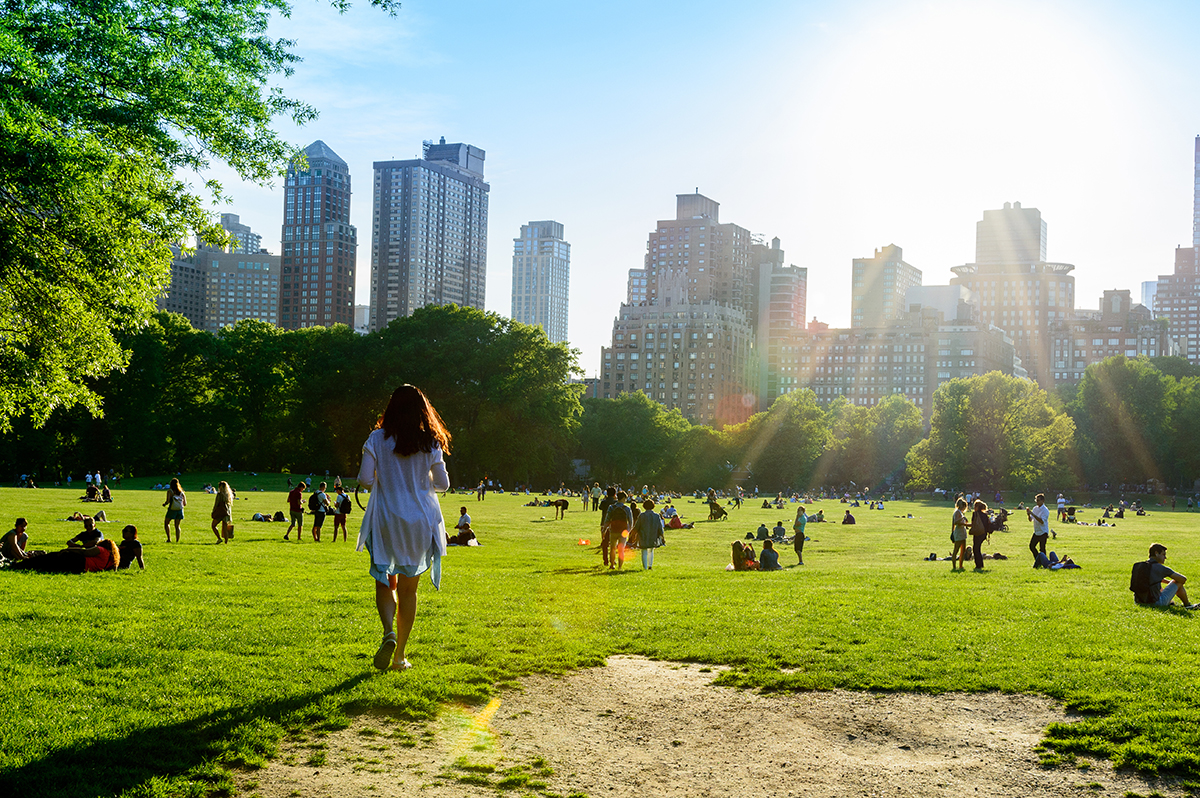 DIDCOT, UK: The International Association of Horticultural Producers (AIPH) is proud to partner with the World Organisation of United Cities and Local Governments (UCLG) in support of the AIPH World Green City Awards.

AIPH, the world’s champion for the power of plants, proudly presents the AIPH World Green City Awards, which recently opened for entries for the 2022 inaugural edition.

The leading role of city governments is recognised for promoting and supporting the greater inclusion of plants and nature in urban environments. The AIPH World Green City Awards, an ongoing competition with entries open every two years, celebrate innovation, achievement, and commitment to the globally recognised imperative to embrace nature-based solutions that harvest the power of plants and associated ecosystems services to help address the major challenges facing cities today – or tomorrow. Designed to champion ambitious nature-orientated approaches to city design and operation, the Awards seek to recognise public initiatives relying on a greater use of plants and nature to create better city environments – helping to fulfil local aspirations for improved economic, social and environmental resilience.

AIPH initiated these awards to bring wide recognition to the value of plants in urban areas and create an enabling environment to shape and nurture a strategic shift in city planning and governance. Through the Awards and their Green City Programme, AIPH promotes awareness of the urgent need for urban greening and the essential role of plants in creating vibrant urban areas. AIPH’s mission is to develop an international standard for green cities as well as being a focal point for green city best practices and a source of expertise.

UCLG, as the largest global network of cities and local, regional, and metropolitan governments and their associations, is committed to representing, defending, and amplifying the voices of local and regional governments to leave no-one and no place behind. UCLG is the voice of Local and Regional Governments from all over the world. UCLG aims to ensure that its values are shared among their members, and this strength is the driver of their aim to secure a more permanent seat at the global table, to ensure the local perspectives and points of view of local and regional governments play a part in the global decision-making processes, and in the implementation on the ground of the global agendas. Together, UCLG are the sentinels of the hopes, dreams, and aspirations held by individuals in communities around the world — searching for a life in which the ideals of the SDGs are a lived reality. Through collaboration, dialogue, cooperation, and knowledge-sharing, UCLG, as a World Organization, walks the walk, working to advance global response and action through ground-breaking commitments and agreements that become common threads that transcend borders and tie communities together, to uplift and empower the local level.

“Much of the success of the AIPH World Green City Awards will be attributed to the reach and influence of our supporting partners. Given the extensive global network of cities that comprise UCLG, we anticipate impressive interest in the Awards from local governments around the world. We are proud to see this partnership take shape and look forward to seeing it grow from strength to strength as we collaborate to amplify the voice and unique role of cities on the global stage,” says Tim Briercliffe, Secretary-General of AIPH.

Cities are at the forefront of global efforts to tackle the climate and biodiversity crises. It is also in cities where the battle to achieve the global sustainability agenda will ultimately be lost or won. AIPH is pleased to welcome the World Organisation of United Cities and Local Governments as a supporting partner for the AIPH World Green City Awards. With the support of these prestigious global networks, AIPH aims to attract the attention of local government leaders and urban nature champions from around the world who are taking bold local action for collective impact in support of achieving global agendas. By collaborating to generate and celebrate high-quality entries which showcase innovation and best practice, it is the shared aim of all partners to ignite a global movement and build a network of local governments who are champions of nature-orientated approaches to creating greener, healthier, and more liveable cities that are fit for the future. The AIPH World Green City Awards provide a global platform for cities to demonstrate their actions, inspire other cities to raise their ambition, and benefit by learning from other cities.

“Our constituency of local and regional governments is delighted to partner for the first time with the International Association of Horticultural Producers to build on greater engagement of cities and regions towards the World Green City Awards 2022. Local and regional governments have a pivotal role to play in developing nature-based solutions and inclusion of plants in an urban environment. The Awards will be the moment to celebrate those success stories form our members around the world,” says Emilia Saiz, Secretary General of United Cities and Local Governments.

Launched on 22nd April 2021 at the AIPH Green City conference “Champions of Green Cities,” the AIPH World Green City Awards is an ongoing competition, with entries open every 2 years. Offered in six categories that address the major challenges facing cities, online entries are now open for the inaugural 2022 edition.

The partnership between AIPH, UCLG, for the AIPH World Green City Awards aligns the common goals of these organisations in pursuit of co-promoting the benefits of inviting more plants and nature into our increasingly urban lives.

UCLG is uniquely positioned to support the AIPH World green City Awards by disseminating relevant information throughout the largest network of cities and local governments in the world. Similarly, AIPH seeks to promote the power of plants and urban nature among the global network of local governments that comprise UCLG and the Global Taskforce. Together, we will invite entries from city champions and share the news of winners far and wide. Through this partnership, we aim to exemplify the power of collaboration as we jointly strive to amplify the innovative actions of local governments.

AIPH, UCLG, and the Global Taskforce of Local and Regional Governments warmly invite all cities, large and small, to demonstrate their ambitious commitments to nature and showcase their innovative actions which contribute to achieving global agendas by entering the AIPH World Green City Awards.

For any queries, questions, feedback, or to get in touch with the AIPH team, mail [email protected]