A tale of two flower markets 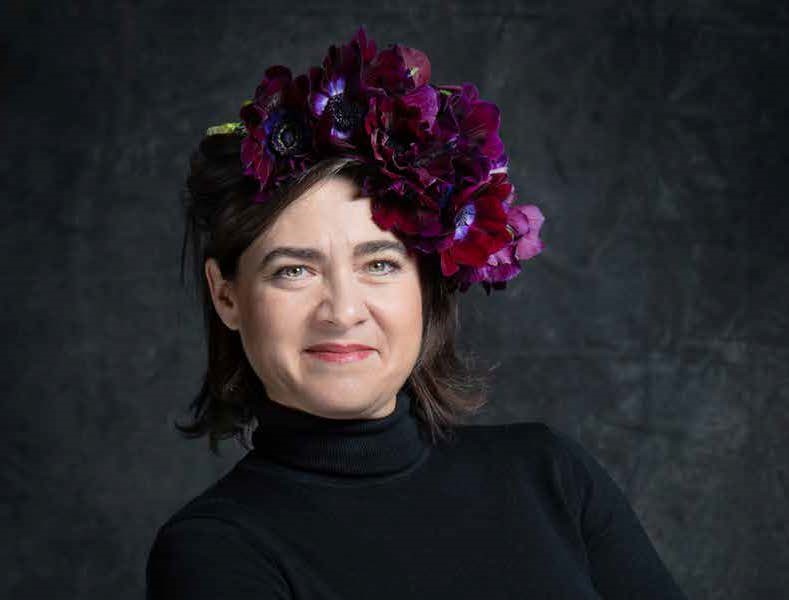 Harnessing the power of technology and at the same time reconciling social and environmental responsibility, is a huge accomplishment. One such pioneer is Hortense Harang, co-founder of Fleurs d’Ici in Paris. Harang focuses on home-grown French flowers. But does local automatically mean sustainable?

Aptly named after the Latin word meaning “of the garden”, Hortense tells me about her childhood, smelling roses in the garden and picking wildflowers on walks in the Loire with her grandmother. Her shop – pertinently translated ‘Flowers From Here’ – is located, a ‘whiff-away’ from the Botanical Gardens. Her business mantra is “The preservation of French horticulture”.

In 2018, she created a digital platform, that caters for online-savvy clients looking for luxurious blooms, with the added unique selling point that the bouquets contain home-grown cut flowers. So, with a click of a mouse, a carefully chosen bouquet can express deliver just-in-time with the sentiments of the giver. Excellent customer service, with an added eco-bonus, but how does this work during the winter months?

Harang assures me that the bouquet choices change with the season. “Beauty reflects the season; Beauty is the season. We have beautiful blooms from spring right until November. There a lot of foliage, and flora, grown all year-round. Yes, December is tricky, but berries, ivy, and dogwood, make beautiful bouquets. Despite less variety in winter, it does not mean there is no beauty.” Her social media photographs do testify her resourcefulness.

Using blockchain technology, engineered in partnership with Ecole Polytechnique the whole process from the customer’s click is documented, and quality checked throughout the transaction, from the source to the doorstep. All the participants, snap pictures on their smartphones and upload their actions to a digital suite. Every shot tells a tale, which Harang and her team of 15 can check for quality, and the sender and receiver can keep for provenance.

Harang illustrates further: “We can precisely calculate the energy, water, what worker picked the stems, which florist transformed them, which driver gave them to the customer. We also have details of when the grower planted the flowers, the energy used to grow them, and the compost in the soil.

“With our digital mapping, we can link local trade at a national level. So, if the sender is in Paris and the receiver is in Bordeaux, our florists in Bordeaux can be put in touch with local suppliers, who can deliver, keeping it in the community and not from a shipping port.”

Harang says there are 3,500 local growers in France solely produce flowers and she relies upon 500 nationally – and it’s growing. She says: “We have a collective of individual growers and florists who want to work differently, they are a collective who want to make a transformative difference.”

She freely admits, “The coronavirus pandemic did accelerate our transition in the market. In the past, florists viewed us as an expensive alternative, but we were able to show them that we were not costly, and we could provide more diversity, in a bouquet, rather than the standardised mass production offerings they were used to. We were able to support the flower growers, not by demanding big batches but by offering consumers more diverse flowers, and we were strategically positioned to put florists in touch with them all over France.”

She adds: “We do not make it hard for florists and growers to be entrepreneurs. They can pick and choose who they work with however, if we have a customer who is requesting through us for local flowers, then we ask that this is respected.”

Harang says that her mission from day one was to become a trusted business partner for independent florists and growers and an advocate for sustainability (local flowers for local consumers) and the preservation of the environment nationally in France.

Online her customers make 20 per cent of the business. The 80 per cent portion comes from corporate contracts, supplying weekly local flowers to all over France, ACOR hotel group, telecommunications company Orange, insurance firm AXER, BNT, and many more. She explains that by managing and streamlining the contract processes for big business, they do not need to deal directly with a smaller company.

Harang explains: “We are giving a consolidation solution to corporations, and what we are also doing is safeguarding the local production and local florists, so they have a more informed picture of what the locals want, and not what someone overseas tells them to use.” That is not a bad thing.

IS IT RIGHT TO CREATE A MONSTER OF OTHER TRADERS?

Creating more choice for consumers, supporting local growers, and local businesses, it is all ‘tres bonhomie’. However, by raising the spirits of growers and giving florists a choice and consumers a clear conscience, is it right to create a monster of other traders?

She sets her stall, by stating: “My business model is harking back to the pre-wartime of flower markets, where local growers met local florists. This esprit de collaboration existed until the 1970s before Holland took over the route to market. We are recreating the traditional flower markets through modern, digital tools.”

To make it clear, Harang says she is not an activist, asserting: “We never blame growers in Africa. We are the alternative to consumerism. I want to drive change and not to depend on international exports. I want to increase consciousness.”

THE LACK OF FRAGRANCE AND MASS PRODUCTION

However, on the other hand, her actions speak louder. She implies she became involved in the industry, as a revelation against perfection, “the lack of fragrance and mass production”. She passionately implores: “Imported flowers are from industrial farming rather than natural gardens. Florists are told to use the wholesalers and not encouraged to find out what is growing locally. Instead, they use flowers cultivated in other countries by women who are working for little money and they are being poisoned by the chemicals. It is not a sign of development for that country when the women are on slave wages, and many have lung cancer from the pesticides at the age of 40.”

She continues: “In France, many flower farms have disappeared because local production is made redundant by these imports, it has an impact on the country’s biodiversity, and local labour and local knowledge and there is no food for the bees.

“I have a moral obligation to inform people, make them aware of issues. I have a sense of what is common good and how we all contribute to this planet. I believe in sustainable virtues and ethical production.”

So, by exposing the ‘problem of importing’, to the buying public, she creates a moralistic demand. To date, Fleurs d’Ici has sold 15 million local stems since 2018 “saving 35,000 tons of carbon.” Reality check: not everything is that black and white.

Even in Hareng’s previous employment as a BBC reporter, she admits she has never visited a grower in Kenya. Never witnessed how these farms provide healthcare, schooling, and jobs for large communities. Yet, she has launched herself against the floriculture industry, believing it to be “completely delusional and polluting”. Audiences in France may have already heard and seen the interviews she has given to the media rallying a cry for the “preservation of French horticulture”. She admits to me she bases her contention upon a thesis written at the University of Lancaster by Rebecca Swinn in 2017. This research identifies “the carbon footprint of bunches of flowers coming in from overseas (which accounts for some 90 per cent of the flowers used in the UK) was around 30kg of CO2 per bunch while bunches grown in the UK and sold locally were as little as 1.7kg a bunch.” By comparing the carbon footprint of British, Dutch, and Kenyan cut flowers, Swinn won a prize for Best Collaborative Project in the Lancaster Environment Centre (LEC).

It needs pointing out, that Fleurs d’Ici is not the only organisation attributing this same research to support their ecological argument for buying locally. A quick Google search reveals quite a few other firms are using this document’s analysis to create a moralistic demand.