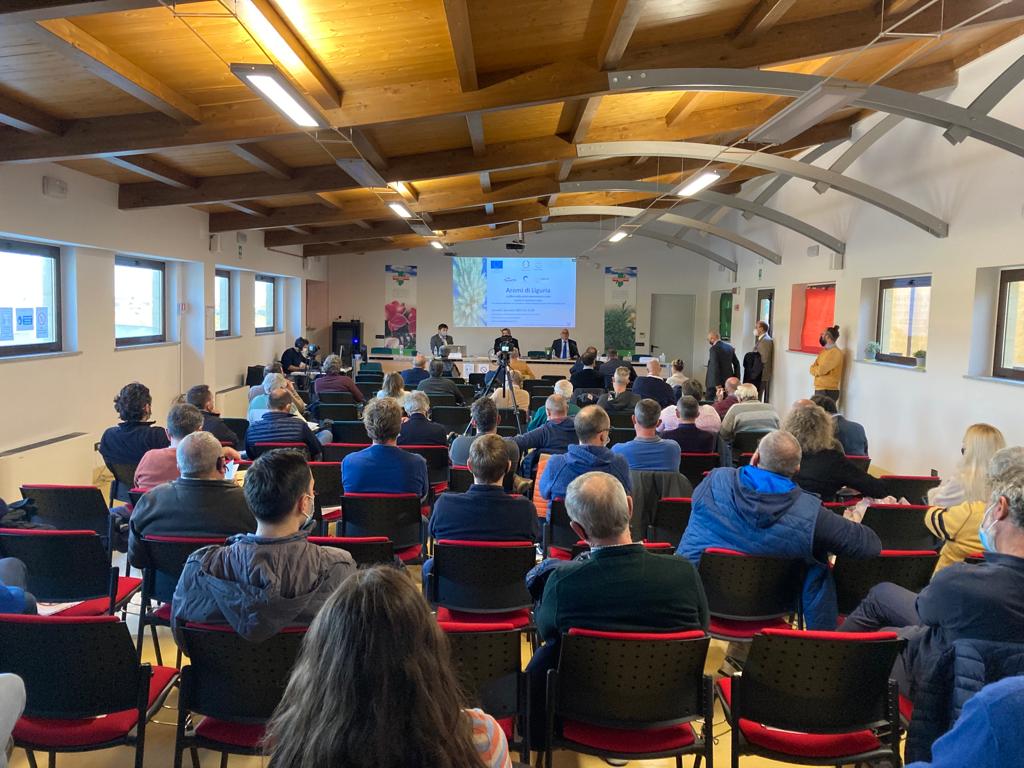 ALBENGA, Italy: Liguria’s Chamber of Commerce has signed an agreement with the region’s research institute for agriculture CeRSAA and flower district Liguria to boost the production of potted herbs in the Albenga area.

Enrico Lupi and Marco Casarino of the Liguria’s Chamber of Commerce CCIAA and Albenga’s Mayor Riccardo Tomatis described the 2 December 2021 agreement as historic. Adding it is well-deserved for all those hardworking people involved in the region’s flagship fresh herb production. 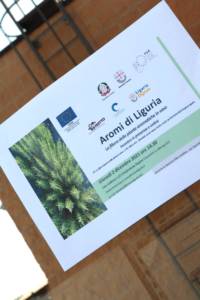 The Aromi di Liguria agreement seeks to establish a reference price for potted rosemary, arguably Albenga’s top-selling product. Other priorities include: driving innovation, improving competitiveness, enhancing the rural economy and supporting horticultural businesses The agreement also aims at protecting and improving the natural environment, addressing the impact of climate change and supporting rural communities, as described in The Rural Development Programme (RDP) for Liguria adopted by the European Commission on 6 October 2015.

This programme outlines Liguria’s priorities for using more than € 414 million of public money that is available for the 2014-2022 period (about € 186 million from the EU budget, € 13.5 of which from the NextGenerationEU recovery instrument and € 228 million of national co-funding).

Also present at the agreement-signing ceremony, the vice-president of the Liguria Region and Councillor for Agriculture, Alessandro Piana, and the Honourable Marco Campomenosi of the European Parliament.

Piana added, “The synergy of the trade associations and the leading players in the chain, from producers to commercial intermediaries, is a prelude to an increasingly intense collaboration to conquer growing slices of the international market and show all the peculiarities of Made in Liguria.”

The discussion continued with a series of key speeches highlighting the current challenges the nursery sector faces: the New Green Deal to the circular economy and the demands of an increasingly competitive market.

The debate focused on the future opportunities for the Albenga region, currently underway and financed by the Rural Development Programme 2014-2020. The options will be made possible through two cooperation projects: Albenga’s Potted Plant Value Chain and Chain 4.0: Innovation and Traceability in Support of Ligurian Agri-food Chains.

Giovanni Minuto, Director of Albenga research institute CeRSAA said, “For more than 30 years, we have expected this agreement. It marks an important step towards improving the management of the floricultural production in Liguria. As of today, the companies signing the agreement agree to participate in the start of a process of innovation in terms of safety, sustainability and traceability. To pursue short and long term objectives that will allow them to support producer prices by giving value to the latter, to know production capacities and to share investments in innovation.”

Luca De Michelis, President of the Distretto Florovivaistico, the organising body, concluded the day by stressing that the event marked the beginning of a new phase for agriculture and horticulture in Albenga. “An important change on the part of the region’s growers, historically used to reiventing themselves, a transition towards sustainability and an effort that is rightly made known and recognised by the consumer.”

The agreement significantly boosts fresh herb and patio plant growers in Liguria. This region  produces more than 150 million pot plants per year and accounts for about 20 per cent of national production.

Liguria is a region located in the North-West of Italy, classified by the EU as a more developed region. It covers a total area of 5,420 km2, of which agricultural land covers 16 per cent (8 per cent UAA) and forestry more than 60 per cent. In the region, almost 94 per cent of the total area is classified as rural, nearly 90 per cent of which is currently considered less favoured areas. 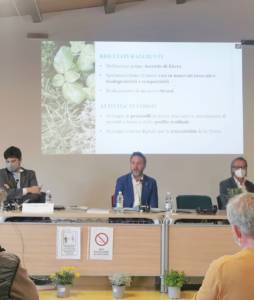 Liguria has more than 1.5 million inhabitants, of whom 54.2 per cent live in the rural areas. The unemployment rate is 9.9 per cent (2013), and there is a high rate of elderly in the population (28 per cent).

In Liguria, the agricultural sector is facing structural changes. The average size of the more than 20,000 farms is 2.6 hectares, and only less than 3 per cent of farms are over ten hectares. The regional Utilised Agricultural Area is around 44,000 hectares, 50 per cent of which is covered by grassland and pastures. Farmers mainly produce flowers and potted plants (counting for more than 70 per cent of the agriculture gross marketable production of the region),  vegetables, olive oil, wine, and animal products.

More than 40 per cent of the energy produced by the region is from renewable sources, but energy production from biomass is minimal even if constantly increasing.

Nature is fundamental in Liguria with 104 Natura2000 sites covering 25.8 per cent of the regional area. The main environmental challenges to be tackled are landslides, soil erosion and forest fires.